DALLAS -- Alon USA Energy saw challenges in wholesale fuel during its fourth quarter of 2011, but still saw healthy volume increases both at the pump and in stores. 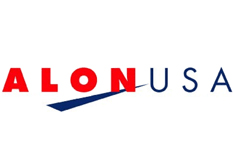 "Our retail and branded marketing segment's wholesale fuel sales performance was impacted by the differential in gasoline prices on the Gulf Coast as compared to the markets in which we operate,” said CEO and president Paul Eisman, “but still delivered a strong fourth quarter performance with adjusted EBITDA of $7 million and adjusted EBITDA for the 12 months ended Dec. 31, 2011, of $41 million.”

"In the first quarter of 2012, we expect the average throughput at both our Big Spring and Krotz Springs refineries to each be approximately 70,000 barrels per day."

“2011 was an excellent year for our company with adjusted EBITDA over $300 million,” Eisman said. “In addition to our financial results, we made great strides in 2011 with improvements to our facilities that will benefit us both in 2012 and the years to come.”

Alon USA Energy Inc., Dallas, is an independent refiner and marketer of petroleum products, operating primarily in the South Central, Southwestern and Western regions of the United States. The company owns four crude oil refineries in Texas, California, Louisiana and Oregon, with an aggregate crude oil throughput capacity of approximately 250,000 barrels per day. Alon is the largest 7-Eleven licensee in the United States and operates more than 300 convenience stores in Texas and New Mexico. Alon markets motor-fuel products under the FINA brand at these locations and at more than 600 distributor-serviced locations.