E15 fuel’s rapid growth is undeniable. It took four years to reach the first billion miles driven on the fuel, but its pacing has increased to a fever pitch, surpassing each subsequent billion in just a few short months. And part of that rapid growth is due to its increased availability, as a growing number of stores are offering the product. In fact, two chains, Cumberland Farms and Casey’s General Stores, both recently announced they’d be adding E15 to their lineups. Cumberland Farms, which has nearly 600 locations in eight states, will introduce the fuel at 120 of its locations, while Casey’s will add it to approximately 500 sites. 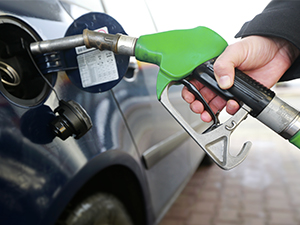 “The adoption is picking up more and more,” says Mike O’Brien, vice president of market development at Growth Energy. “It’s just this acceleration process of retailers adding it, consumers buying it, consumers driving on it, repurchasing, and on and on. It keeps growing and growing.”

Good for engines and for the environment

One of the noted benefits of E15 fuel is that it costs a little bit less than traditional gasoline. Besides cost, it’s the efficiency and environmental benefits that draw people in as repeat customers.

“Consumers like to save money, and E15 is typically less expensive,” says O’Brien. “Once they try the E15 they find that their car runs just as well on that fuel as they do on other fuels, they come back again and again.”

O’Brien also says that consumers like the fact that E15 is cleaner burning because it’s better for engines and better for the environment.

Getting customers to try E15 isn’t difficult, especially with Growth Energy’s help. “We’re honing in on that message performance and cleaner burning,” says O’Brien.  “At the dispenser, we’re also honing in on how consumers see it, and within that, we’re helping retailers optimize the sales of E15. The billions of miles demonstrate that it’s a viable product.”

As more consumers seek out E15, more retailers realize how lucrative offering it can be—and what they’re losing out on if they don’t. In fact, O’Brien says that there are only two kinds of retailers in the marketplace right now: those that sell E15 today, and those that are going to sell it tomorrow.

Right now, 13 of the top convenience store chains offer E15, and with increasing popularity, sales performance has been consistently strong. “It’s a good time to start putting E15 in or planning on adding E15,” O’Brien says.

As for what’s next, E15 will only expand its reach even further. With its continued success, it’s only a matter of time before consumers everywhere will be able to try it for themselves.