When E15 gas was first introduced in 2010, it was only approved for use for about 15% of vehicles on U.S. roads. Today, it’s compatible with cars model year 2001 or newer—about 9 out of 10 cars on the road. Cars with a “Flex Fuel” badge can swap between E85 gas and E15, but E15 usage is on the rise, with more convenience stores making moves to offer it at their locations and more consumers purchasing it. 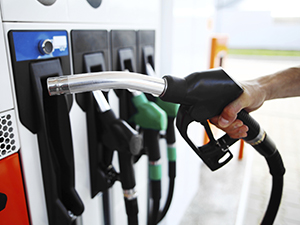 E15 has been gaining popularity since its introduction, and one chain in particular has noticed a considerable uptick in customer interest. Kwik Trip, headquartered in La Crosse, Wis., offers E15 gas at about 150 of its stores in Wisconsin, Minnesota and Iowa.

Joel Hirschboeck, general manager of fuel marketing and procurement for Kwik Trip, says that Kwik Trip’s decision to start offering E15 gas had to do with consumer choice—giving customers the best value and most options when they visit a Kwik Trip store. And that choice at the pump has had a positive response.

“Overall, I’d say it’s been successful from a new product standpoint. … There definitely has been a shift of value from some of our other fuel products to that product line. In some markets, we’re as high as 70% volume shift over to the E15 product,” Hirschboeck says.

With that in mind, it’s not surprising that operators want to continue offering E15 gas and expanding its reach.

The rise in popularity of E15 gas can be attributed to its environmentally friendly reputation. It is a renewable fuel option that reduces greenhouse gas emissions by 43% compared to standard gas, plus it is domestically produced, which reduces the United States’ dependence on foreign oil. It also burns cleaner and cooler, which is better for both engines and the environment.

So, when it comes to “going green,” E15 and its higher-ethanol counterpart for Flex Fuel Vehicles, E85, are options that consumers are looking for.

Kwik Trip is noted as an aggressive early adopter of alternative fuel, offering not only E15, but also biodiesel fuel at nearly 90 sites and compressed natural gas (CNG) at 30 locations. Hoping to expand on the success of E15 they’ve seen at the locations where they offer it, Kwik Trip is planning on adding E15 to most of its 500-plus locations in Wisconsin, Minnesota and Iowa in the near future.

Hirschboeck says, “We’re constantly evaluating options for our guests, different fuel products, and trying to be as forward thinking as we can.”

And since consumers have become more interested in eco-friendly transportation options over the past several years, it’s safe to say that E15 will become much more ubiquitous in the coming years.