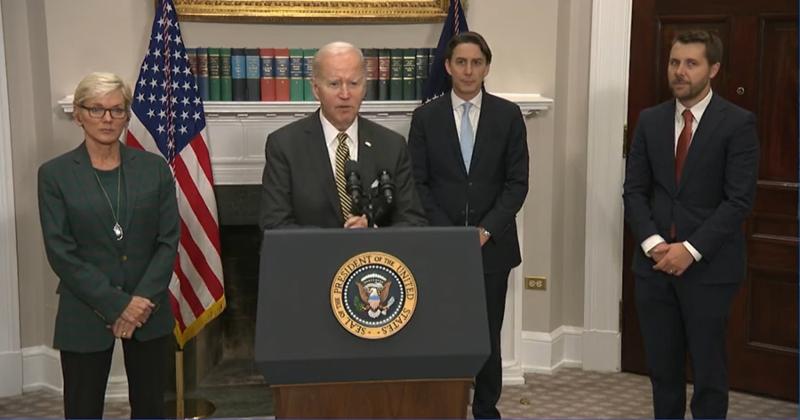 WASHINGTON — President Joe Biden is directing his administration to take additional action to address petroleum supply issues and especially to lower retail gasoline prices. In a White House press conference on Oct. 19, he said that although gas prices have been declining, “they are not falling fast enough.”

“Families are hurting,” he said. “I am doing everything in my power to reduce gas prices.” He also said that “the price at the pump should reflect what the price of a barrel of oil costs.”

The president said the Department of Energy (DOE) is issuing a notice of sale on Oct. 20 for 15 million barrels from the Strategic Petroleum Reserve (SPR) to be delivered in December. This sale will complete the 180-million-barrel drawdown announced in the spring.

The administration intends to repurchase crude oil to restock the SPR when prices are at or below about $67-$72 per barrel, adding to global demand when prices are around that range. As part of its commitment to ensure replenishment of the SPR, the DOE is finalizing a rule that will allow it to enter fixed-price contracts through a competitive bid process for product delivered at a future date. This repurchase approach will protect taxpayers and help create certainty around future demand for crude oil, he said. That will encourage firms to invest in production right now, helping to improve U.S. energy security and bring down energy prices, he said.

The president also is calling on oil companies to pass through lower energy costs to consumers immediately.

“My message to oil companies is this: You’re sitting on record profits, and we’re giving you more certainty so you can act now to increase oil production now. ... I’m calling on oil companies to pass the savings on to consumers,” he said.

“Consider this—in the second quarter of this year, profits at six of the largest ... publicly traded oil companies were more than $70 billion," the president said. “So far, American oil companies are using that windfall of profits to buy back their own stock, passing that money onto the shareholders, not to consumers. ... That’s great if you own a lot of stock in oil companies or you’re an executive at an oil company. ... But that’s not the case for the great majority of Americans paying at the pump.

“When the cost of oil comes down, we should see the price at the gas station, at the pump, come down as well. That’s how it’s supposed to work. But that’s not what’s happening,” he said. “In the past two weeks, the price of oil has fallen $4 a barrel—and thanks in large part to the steps we’ve taken this year, the price of oil has fallen nearly $40 a barrel since mid-June. That’s a 30% drop in the price of a barrel of oil. But guess what? Gas prices haven’t fallen that much. And it’s not right. Gas prices at the pump should be lower.”

Biden continued, “My message to American energy companies is this: You should not be using your profits to buy back stock or for dividends now. … You should be using these record-breaking profits to increase production and refining. Invest in America, for the American people. Bring down the price you charge at the pump to reflect what you pay for the product. You’ll still make a significant profit. Your shareholders still will do very well. And the American people will catch a break they deserve and get a fair price at the pump as well.”

The president also said he would continue to accelerate development of clean energy. “We need to responsibly increase American oil production without delaying or deferring our transition to clean energy,” Biden said.

To charges that all of these actions are politically motivated ahead of the midterm elections, the president said, “Where have they been the last four months?” 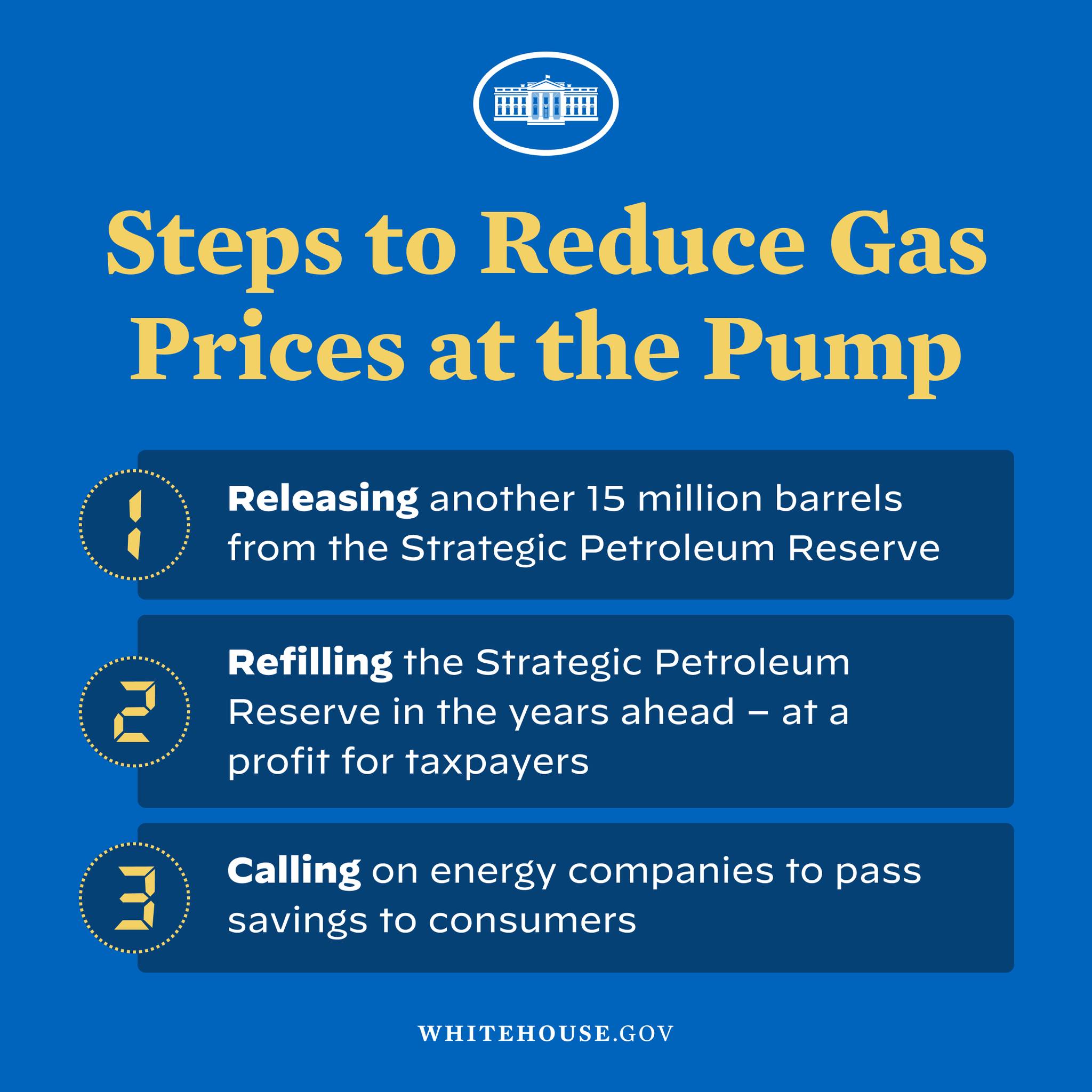