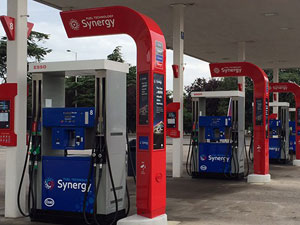 Bill McCloskey, vice president of Texor Petroleum, Riverside, Ill., said his company is testing Mobil's program at two sites, one in Lisle, Ill., at a Minuteman convenience store, and one in Chicago at a Snappy convenience store.

The company has also tested the concept at Esso stations in the United Kingdom along with an enhanced fuel, Supreme+ Unleaded Petrol, according to the Esso website.

"ExxonMobil is piloting a new retail site design at selected Exxon- and Mobil-branded service stations in the U.S.," ExxonMobil spokesperson Christian Flathman confirmed. "Synergy is the new name for the fuel products being used at the pilot sites."

He added, "We are always looking for ways to better serve our consumers, and these changes are being considered to enhance our consumers’ buying experience."

Texor is a leading independent motor fuel marketer in Illinois. It distributes gasoline and diesel fuel under contracts to more than 250 retail petroleum operators in northern Illinois and northwest Indiana and is also a significant supplier to industrial, commercial and government accounts. World Fuel Services, Miami, a global leader in the marketing and sale of marine, aviation and land fuel products and related services, acquired Texor in 2008.

Irving, Texas-based ExxonMobil is one of the world’s largest integrated refiners and marketers of petroleum products. ExxonMobil’s U.S. retail network is supplied by approximately 400 branded wholesalers. Approximately 10,000 gas stations carry the Exxon or Mobil brand throughout the United States.