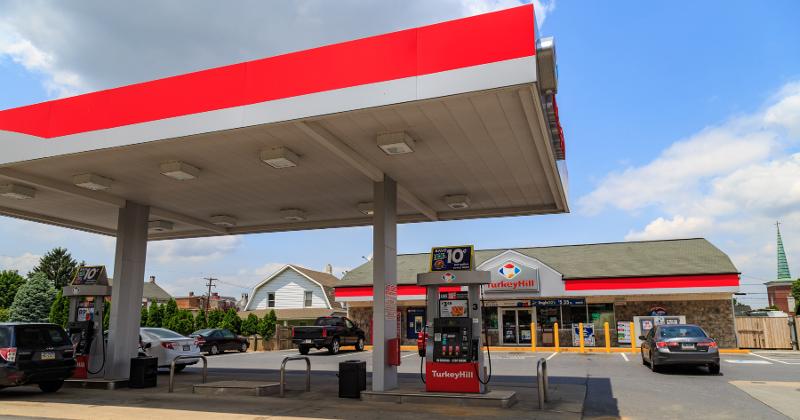 BOSTON — Gasoline customers have gone through a series of ups and downs since the onset of the COVID-19 pandemic here in the United States, and it shows in their purchasing behavior. CSP has compiled data and insights collected by Boston-based GasBuddy for a look at how gas-buying evolved since Summer 2020, and how it might change moving forward.

From June to August, the average number of fuel transactions decreased 6% from the previous year, a much smaller dip than anticipated, according to GasBuddy. This is largely due to growth in car sales, especially used cars, according to a New York Times report. The virus created a new group of unexpected car owners made up of consumers who reside in cities with robust transit systems but who chose to avoid trains, buses and ride-share options during the coronavirus pandemic, as well as consumers who left the city for the suburbs and were in need of a form of transportation.

Meanwhile, the pandemic-led shift to telework changed the times in which drivers frequented gas stations year-over-year, with more drivers filling up during typical work hours. There was a 12% increase in gas purchases during late-morning hours from 9 a.m. to noon, and a 27% decline in evening hours from 6 p.m. to midnight. The early-morning commute was also affected, with a 12% decline in fuel purchases between 4 and 7 a.m.

“If remote work becomes a long-term reality, this could reshape the U.S. c-store industry from demand levels to consumer habits,” said Patrick De Haan, head petroleum analyst for GasBuddy. “Removing limitations like having to commute to work or picking up the kids from soccer practice opens up the window of time as to when people run their errands, as evident by GasBuddy data that clearly shows a significant shift in when fuel transactions are occurring.”

After months of sheltering at home, a desire to get out of the house overtook COVID-19 concerns as Americans took to the roads in a summer when automobile travel was preferred over airlines. In the third quarter—July through September—gas station visits surpassed pre-COVID-19 levels, averaging 17% higher than GasBuddy’s footfall index.

GasBuddy found that station cleanliness was a prominent visit driver during the third quarter. During this time, stations with above-average cleanliness ratings drove 21% more visits than below-average competitors, up 5% compared to the second quarter.

GassBuddy predicts that 2021 may feature a sharp rally in gas prices by the end of the year, saying that the national average could rise to as high as $3 per gallon should the nation broadly recover from the COVID-19 pandemic. While the risk exists for some pain at the pumps during the year, GasBuddy expects the yearly average will jump a more modest 27 cents per gallon in 2021.

While much of the U.S. population will see prices remain in the $2 per gallon range, major cities in California and Hawaii will spend the entire year over $3, GasBuddy says, while others, including Chicago, New York City, Philadelphia, Phoenix and Seattle are also at risk of seeing average prices over $3 per gallon in 2021.

While many unknowns remain about what factors may effect gas prices in 2021, the largest likely factor will be the state of the pandemic, and whether there is a broad recovery after the severe shutdowns and restrictions that sunk gasoline demand and prompted Americans to work and learn from home.

Other unknowns include whether oil production globally will return as quickly as demand. Should production lack the rebound in demand, consumers are likely to be pinched at the pump. Lastly, president-elect Biden has become president, and the nation may see a large change in policy toward the oil industry and petroleum use.