LONDON -- Gasoline consumption will likely hit a record in 2016, thanks to what is promising to be the biggest summer driving season in the United States. 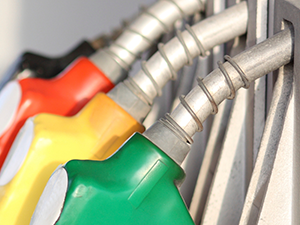 That’s according to John Kemp, London-based senior market analyst for Reuters. In a recent column, the analyst pointed to a holding trend in consumption figures reported by the government.

In 2015, motorists in the United States burned through 9.16 million barrels per day (bpd) of gasoline, which is just 125,000 bpd shy of 2007’s record 9.29 million bpd. The U.S. Energy Information Administration (EIA) is currently forecasting that 2016 consumption will stay just below the 2007 high. However, Kemp pointed out that the agency has been consistently revising its consumption projections upward over the past few months, as demand has proven unexpectedly strong.

While the EIA’s weekly consumption figures are estimates, subject to error and can be revised, they often follow monthly estimates, particularly when averaged over a four-week time frame, Kemp said. Seasonal dynamics and weather can also impact the numbers; for example, floods in the Midwest and a January snowstorm on the East Coast impacted gasoline-consumption estimates for that time period. And some analysts have posited that refiners’ move to purge winter-blend gasoline to make room for summer blends could also have inflated implied consumption figures.

“But the shift from winter-grade to summer-grade gasoline occurs at the same time every year so it is not clear how it could account for unusual implied consumption in 2016,” Kemp said. “Despite some volatility, the weekly estimates have told a consistent story of strong year-on-year growth in gasoline consumption in recent weeks.”

Meanwhile, refineries have processed record amounts of oil into gasoline for this time of the year, for nearly each week of 2016. Despite this, stockpiles of gasoline have hovered around typical levels, Kemp said, or an equivalent of 26.6 days of consumption, compared to 26.7 days this same time in 2015.