LOS ANGELES -- Shell has made another acquisition in the electric-vehicle (EV) charging space, as it seeks to expand its North American offer.

Shell New Energies LLC, the clean energy investment arm of Royal Dutch Shell, The Hague, Netherlands, has acquired Greenlots, a Los Angeles-based provider of EV charging and energy management software and services. Greenlots will become a wholly owned subsidiary of Shell New Energies U.S. LLC, a subsidiary of Royal Dutch Shell. According to Greenlots, the company’s technology and employees will become “the foundation for Shell's continued expansion of electric mobility solutions in North America.” It will provide software and services to support large-scale EV charging infrastructure and integrate with clean energy sources such as solar and wind, as well as power storage. 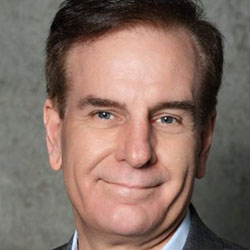 Greenlots will also expand its global outreach to utilities, cities, automakers, fleets and EV drivers. It will retain its leadership team and brand identity.

"As power and mobility converge, there will be a seismic shift in how people and goods are transported," said Brett Hauser, CEO of Greenlots. "Electrification will enable a more connected, autonomous and personalized experience. Our technology, backed by the resources, scale and reach of Shell, will accelerate this transition to a future mobility ecosystem that is safer, cleaner and more accessible."

"As our customers' needs evolve, we will increasingly offer a range of alternative energy sources, supported by digital technologies, to give people choice and the flexibility, wherever they need to go and whatever they drive," said Mark Gainsborough, executive vice president of Shell New Energies. "This latest investment in meeting the low-carbon energy needs of U.S. drivers today is part of our wider efforts to make a better tomorrow. It is a step towards making EV charging more accessible and more attractive to utilities, businesses and communities."

This is Shell’s latest move in the North American EV space. It has been more active in Europe, where it has launched its Shell Recharge EV fast-charging offer in the United Kingdom and Netherlands. It also acquired NewMotion, one of the largest EV charging providers in Europe, and signed an agreement with Ionity, a high-powered charging network operator, to offer fast-charging in 10 European countries.

Meanwhile, a former Shell executive is taking the helm of U.S. operations for Tritium, an Australian manufacturer of DC fast-charging systems for EVs that is owned partly by fuel-dispenser and point-of-sale (POS) manufacturer Gilbarco Veeder-Root, Greensboro, N.C.

In October 2018, Gilbarco announced it had taken a minority investment in Tritium, which has charging-station installations in 26 countries. As part of the investment, Gilbarco will sell Tritium’s EV charging stations, including the Level 3 Veefil-PK system, which can fully charge an EV in five to 10 minutes. Tritium also plans to use the investment to accelerate its operational expansion in the United States and Europe. In February 2017, Tritium opened its first U.S. office and R&D center in Torrance, Calif.

With those growth plans in mind, Tritium has appointed Jeff Wolfe as president of the Americas. A solar industry veteran who also worked for Shell New Energies, Wolfe will focus on steering Tritium’s strategic expansion, and focus first on the United States. Tritium looks to expand the U.S. DC fast-charging infrastructure in key states and industry verticals, including retail, transport and infrastructure, utilities and government.

David Finn, CEO of Tritium, Brisbane, Australia, said the company would work to overcome the Americas’ current limited EV charging infrastructure, and move it beyond Level 2 chargers, which can take hours to fully charge an EV.

“Tritium is focused on eliminating this public anxiety by working as the technology partner of key industry stakeholders to build out rapid DC charging—known as ‘Level 3,’ reflecting vastly improved speeds,” he said. “Having already played a pivotal role in the transformation of the solar industry, Jeff brings to us experience that will be critical in achieving this goal, and our wider strategic expansion in the Americas. We are in a great position to transition the ‘gas station experience’ to the modern era.”