CHICAGO -- Thorntons Inc.’s rollout of E15 continues with its latest site in the Chicago market. 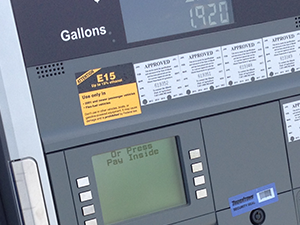 The Louisville, Ky.-based chain now offers the 15% ethanol blend at nine sites in the Chicago metropolitan area. In March, Thorntons Inc., which has more than 180 stores in six states, announced it would begin adding E15 to all of its 43 Chicago-area locations.

According to The Chicago Tribune, the latest is an existing store in Orland Park, Ill. At an event this past week celebrating the rollout, Sen. Bill Cunningham (D), chair of the Senate Agriculture Committee, said E15 was “something we need to promote throughout our state.” He described Thornton’s investment as “a big deal for our area and a big deal for the state of Illinois.”

While E15’s availability in the Chicago area is still limited, “Thorntons is really breaking new ground,” said Dave Loos, technology and business development director at the Illinois Corn Marketing Board and Illinois Corn Growers Association, at the special event.

Other Chicago-area Thorntons sites that currently offer E15, which the retailer brands as Unleaded15, include stores in the suburbs of Blue Island and Oak Lawn. It is in the process of adding the blend to a tenth location in Midlothian.

As of last week, the Orland Park site was selling E15 for $2.33 per gallon, 3 cents per gallon less than E10. The store also offers the 85% ethanol blend E85, which was priced at $1.90 per gallon. Matt Nichols, a project manager at Thorntons, told the Tribune that the chain was pricing E15 at a 3-CPG discount as part of its rollout strategy, but could not confirm how long that price difference would last.

The Environmental Protection Agency has approved E15 for use in vehicle models 2001 and newer, which represents about 80% of vehicles on the road today. However, retailers such as Thorntons who offer E15 continue to educate the public about its use. For example, when the fuel blend first debuted at Thorntons’ Oak Lawn site in March, some customers were concerned that it could hurt their engine, according to station manager Maria Stehle.

“Once we explain (what the fuel is) they starting filling up,” Stehle said. “The more they (customers) know the more they use it.”