OAKBROOK TERRACE, Ill. -- Grocery isn’t a top seller in convenience stores, but it has the potential to generate more in sales due to the category’s basket-boosting tendencies. 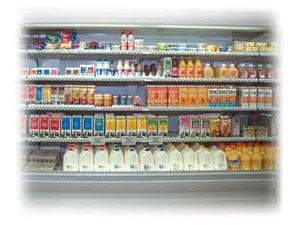 The majority of c-store transactions contain only one item (54%); 25% contain two, 11% three and 9% four or more items, according to data from Pittsburgh-based research firm Management Science Associates (MSA).

The grocery category, however, has a large market basket, meaning customers often buy multiple items within one transaction and from across the store.

And because more items are bought with grocery items, these categories have a larger basket ring, or check average.

MSA found a transaction that includes frozen foods typically brings in $5.35 in frozen-food sales and $8.47 on items from other categories for a basket ring of $13.82, which is significantly higher than the average c-store transaction of $6.75.

The same goes for packaged bread, which generates an average of $2.66 in sales but coincides with $7.84 in other category sales for a basket ring of $10.50. Both edible grocery and other dairy and deli have basket rings of $10.83, according to MSA data.

At 51%, milk makes up the largest amount of grocery sales at c-stores, according to MSA’s analysis of three convenience-store chains. Sandwich bread and bananas, which rank second and third, respectively, make up only 6% and 3% of grocery sales in c-stores.

Another thing to keep in mind: Grocery sales at c-stores tend to increase on the weekends.

“On the weekends, it becomes more of a small grocery-type trip,” Burke said. “It’s typically families or people who only need a few items as compared to doing a full grocery shopping trip.”

MSA data shows grocery items make up 85 cents of basket composition Monday through Thursday, but that increases to $1 on Saturday and Sunday. To boost weekend sales, Burke said, “There ought to be a rolling display of bread put out front on the weekends.”

The Best Bread That Never Was