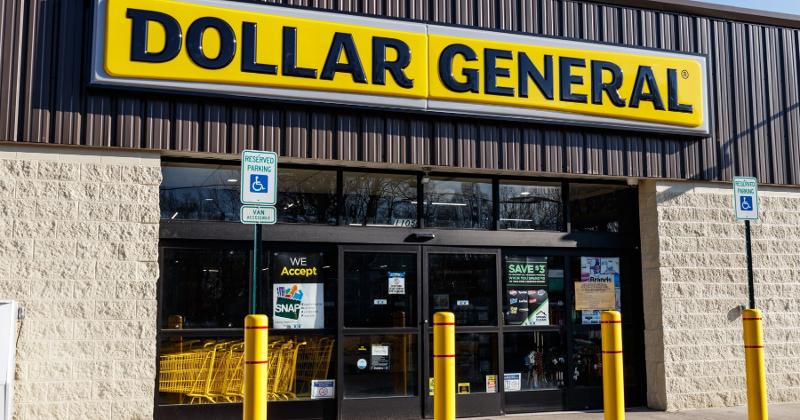 GOODLETTSVILLE, Tenn. — Dollar General’s core shopper suffers from the “terrible twos,” CEO Todd Vasos said at the Goldman Sachs Annual Global Retailing Conference in New York on Sept. 7. During the last week of the month, from, say, the 21st or 22nd through the 29th, they are running out of money until payday comes, Vasos said.

That’s why Dollar General will never get rid of the roughly 20% of its inventory that’s priced at $1. In fact, the Goodlettsville, Tenn.-based discounter said it will likely add more to it.

“Our core customers are running out of money that fourth week,” he said. “She has told us, ‘I really need that $1 price point to bridge, to be able to feed my family.’ … We talk to our customer every single quarter. We know where she’s at, and she’s always said that it helps her bridge that end of the month. Always has said it. She’s never given us the green light to raise prices off the dollar.”

Vasos’ comments come about 10 months after Chesapeake, Va.-based competitor Dollar Tree raised all of its prices by one quarter, to $1.25. The retailer said it would be a permanent price increase, not a reaction to inflation.

Dollar General, meanwhile, is doubling down on its one-buck offerings.

“Not only do we believe we need to continue to foster that $1 price, but we need to grow it,” Vasos said.

In the past few months, Dollar General said it has added end caps focused on $1 items, as well as off-shelf displays.

“It’s very important,” he said. “And it will continue to be a big, big player here at Dollar General.”

The reliance on $1 offerings is just one way the Dollar General shopper has changed in the wake of record inflation, Vasos said.

The typical customer is coming in more often, focusing on essentials and buying less each time “because she doesn’t know what the next week will hold,” Vasos said.

Dollar General remains focused on its DG Fresh initiative to add more fresh and frozen foods, including private brands and fresh produce, at its stores. The retailer has said the grocery rollout has been the largest contributor to its margin growth.

Soaring food costs are sending more shoppers, even those in higher income brackets, into Dollar General, he said.

Dollar General is now self-distributing refrigerated and frozen goods to nearly 19,000 stores from 12 warehouses, with plans to sell fresh produce at more than 3,000 locations by the end of the year. The retailer also said it intends to install more than 65,000 cooler doors this year.

“We’re really proud of how fast we were able to roll this out in the middle of a really tough time, during a pandemic, and did it six months faster than we thought we would,” Vasos said. “As we go forward, it’s all anticipated in our strategic planning and supply chain plans. We’re well positioned to be able to serve the need and to expand DG Fresh as we move forward down the road.”