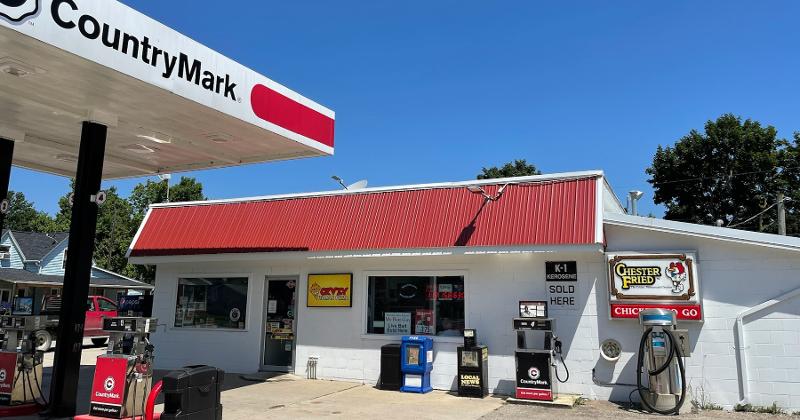 BURNETTSVILLE, Ind. — When the D & J Burnettsville Gas Mart went on the selling block in 2019, Pam Saini and her husband Sandeep pounced on the opportunity to acquire it. The couple, who owned a Shell-branded store nearby, took over the Burnettsville, Ind.-based store in the fall of 2019.

“Jim and Debra Woode, the former owners, were eager to exit the business: one reason was they didn’t want to compete against a new Dollar General store that was opening a mile away,” said Pam Saini, who owns what is now called CountryMark Burnettsville. It’s located in a rural community north of Indianapolis and close to Indiana Beach in Monticello.

The Saini’s took a glass-half-full approach to the dollar store presence and its competitive advantages. They put matters in perspective: They’d endured job upheaval years earlier when they endured a hard layoff from their IT consulting jobs in Toronto, Ontario. By comparison, retail competition didn’t seem so bad.

They also deemed competition healthy, as the dollar store would allow the Saini’s to flash their own competitive advantage by working harder and smarter.

“After we were laid off [in 2007], we moved to Indiana, bought the Shell station, and our attitude was that if this doesn’t work out, so be it,” says Saini. “We took the same approach with the second store. It was hard getting into this line of work [convenience retailing], so we were appreciative to have the opportunity.”

Offering CountryMark-branded fuel and kerosene (the latter to serve farming customers), the store nicely complements its larger-size Shell-branded location in nearby Delphi, Ind., acquired in 2014. Their daughter Nivedida and son Amitoj both help staff the locations, with the Shell overseen by Sandeep. The Shell features eight multi-pump dispensers and is open around the clock, while CountryMark has more limited hours and three fuel dispensers.

The way Pam Saini sees it, it’s futile to think that CountryMark can compete toe to toe with a nationally recognized dollar store chain. So she doesn’t dwell on it.

“We just worry about what we can do, and know that at the end of the day, local residents will patronize us for what we do best, starting with great customer service,” said Saini, who made her comments speaking to CSP via phone while working at checkout. When the call was interrupted as customers entered to pay for fuel and buy food and drink, it was abundantly clear that solid customer service was on full display.

When they had their convenience retailing indoctrination in 2014—their first foray into retailing of any kind—Saini said “the whole family was into it. Our kids learned the [c-store operating] system quickly. We’re fast learners, and learned quickly,” said Saini, who logs 14 hours per day at CountryMark. “We had to get up to speed on fuel marketing and how to sell things like tobacco. We received help from a few local station owners about where to procure products and other basics.”

Looking at the foods and beverage categories that flourish, Saini said that CountryMark is known for fried chicken and fried fish, hash browns with cheese, tenderloins, mini tacos and a Crazy Italian Pizza program, of which they are a franchisee.

Foodservice prep is lower-touch, and a good thing at that: Saini works the store either alone or with one of her children manning the point-of-sale (POS) register or stocking shelves. Having labor-intensive food is out of the question. “We’ve found labor to be challenging. We hired one young lady who worked a couple months and quit—just didn’t show up one day.”

Working through distributors J H Saylor Co. and The H.T. Hackney Co., Wyoming, Mich., Saini says the two wholesale-distributor partners complement each other nicely—and it helps that J H Saylor knows the heartbeat of the community since it’s based in Burnettsville.

“Our foodservice products come to us mainly flash-frozen, where all I have to do is do some light prep and we’re ready to sell,” she said.

The store offers four benches inside to accommodate 12 on-premise guests.

Looking at its beverage outlay, the store has its own proprietary coffee program, six cooler doors selling mostly Coke and Pepsi products and a fountain dispenser with 14 heads.

Asked how she and, by extension, her customers have coped with higher retail fuel prices throughout 2022, Saini responded: “Most people understand [the higher pump prices] are not in my control. It helps that we remain lower than competitors, and much of that’s because we feel the need to support the local community, of which we are part.”

For the rest of the year, Pam and Sandeep Saini plan to “go with the flow” about new and existing category management plans at both locations. “With our two distributors, we’ll always look at some of the food, beverages and general merchandise that’s new and that looks like a possible fit,” she said. “In Delphi, there are seven convenience competitors so we have to stay one step ahead. And here, of course, there’s the dollar store. It’s an ever-changing business, so need to bring in new items—get people’s opinions and ask, ‘what would you like us to add to the mix?’”

She summed up the journey from Canada to the farmlands of the Hoosier State: “When we think about how our careers changed, there are no regrets. In Canada, we always lived in smaller communities like we do now, so that was an easy transition. I know everyone here, and the support is there for us whenever we need it.”