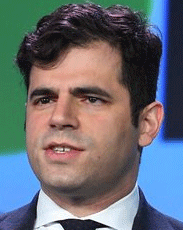 SCOTTSDALE, Ariz. -- When CST Brands was sold to Alimentation Couche-Tard in 2016, the news rocked the industry. At the time, CST’s management was reinventing its Corner Store convenience-store brand as a forward-thinking retailer, methodically improving upon legacy assets while building modern facilities with progressive in-store merchandising and foodservice programs.

Then came word of shareholder unrest. The defiance was similar to what faced Cary, N.C.-based The Pantry before it sold to Laval, Quebec-based Couche-Tard and its Circle K network in 2014. In both cases, one of the shareholder groups creating that unrest was JCP Investment Management LLC, a Hoston-based group that analysts dubbed an “activist” stockholder.

This month during CSP's Outlook Leadership conference in Scottsdale, Ariz., a managing member of JCP pulled back the curtain regarding the CST Brands and The Pantry deals. James Pappas went into detail about what drove his company's reasoning and how both selloffs were, from his perspective, solid outcomes.

“If a company can’t grow or buy, they have to sell,” Pappas said.

In such decisions, multiple factors come into play, including the amount of deferred maintenance required (or the capital needed to upgrade assets and improve sales), management quality, operational excellence and labor costs.

In the case of The Pantry, the maintenance expenses needed to improve the chain were put off and eventually became a burden, Pappas said. The chain had also sold off much of its real estate, leaving few hard assets. To complicate matters further, the capital it did invest in stores had not produced a sufficient return, he said.

Insufficient return on capital was also a concern with San Antonio-based CST Brands, Pappas said. Shareholder expectations should be higher than investing in U.S. Treasury bonds, he said, characterizing such bonds as a safe option that yields only modest returns. “Single-digit returns on capital spent are [not acceptable],” Pappas said. “You need at least double [digits].”

With both CST Brands and The Pantry, JCP moved into controlling positions, where it facilitated the decisions to sell, Pappas said.

Ultimately, the synergy plans (or dollars saved by cutting duplicate administrative costs and renegotiated contracts) proposed in the CST Brands and Pantry deals were met ahead of schedule, which added to the overall benefits that drove the initial selloffs, Pappas said.

For companies interested in maintaining the value of their chains, Pappas said having a strong management team, solid operations and an ongoing reinvestment or upgrade strategy will pay off in added value when that portfolio is eventually sold. To that end, he said the current trend toward consolidation is positive for the industry, because it helps with greater brand development and awareness, allows for synergies and builds trust among consumers.

Juul Sues FDA Over Documents Related to Its MDO