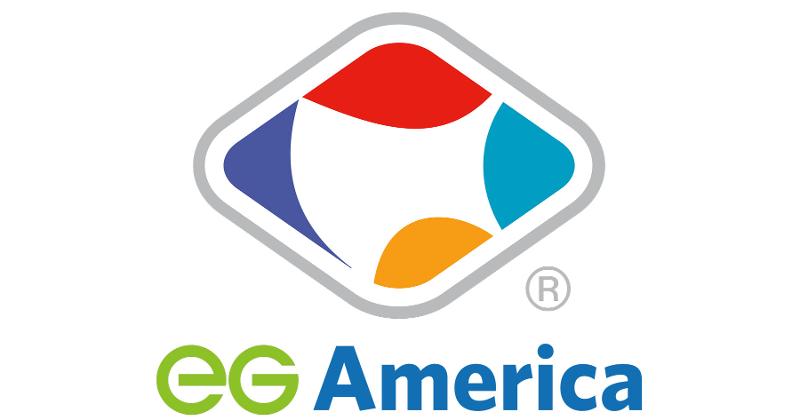 CINCINNATI — Global convenience and fuel re­tailer EG Group is on an acquisi­tion binge in the United States. It began in early 2018 when the Blackburn, U.K.-based compa­ny acquired The Kroger Corp.’s 762-site c-store network and instantly became a top player in U.S. convenience retailing. Then in late 2018, EG Group acquired 225 Minit Mart c-stores from TravelCenters of America LLC, Westlake, Ohio.

So far in 2019, it has signed agreements to acquire 54 c-stores from Fastrac Markets LLC, East Syracuse, N.Y., and 69 c-stores from Certified Oil, Columbus, Ohio. And EG Group’s strategy suggests there will be more acquisitions to come.

Between deals, the company is beginning an initiative to remodel the 225 Minit Mart stores and rebrand them to the new EG America brand, which incorporates the rhombus and stylized U.S. map logo from the five former Kroger c-store banners. A spokesperson told CSP Daily News that EG Group expects to re­model all of the former Minit Mart sites with­in the next year, making the change to the new name and former Kroger c-store logo as it updates the sites.

Eager to stave off competition from Am­azon and Walmart in the grocery channel, Kroger offloaded its c-store network to EG Group in April 2018, which included 762 Tur­key Hill, Loaf ‘N Jug, Kwik Shop, Tom Thumb and Quik Stop stores in 17 states. EG Group established its North American headquarters in Cincinnati, where Kroger is based, and has continued to operate the former Kro­ger-owned c-stores under their established regional banners.

A History of Growth

Mohsin and Zuber Issa founded EG Group as Euro Garages in 2001 when they acquired a single gas station near Manchester, U.K. Over the next decade, the Issas expanded their business by acquiring sites from major oil companies such as Exxon­Mobil, Shell and other retailers.

In 2016, with investment from U.K. pri­vate-equity firm TDR Capital, they created EG Group by merging Euro Garages with European Forecourt Retail Group, with re­tail sites in the Benelux region (Belgium, the Netherlands and Luxembourg) and France. Following the merger, EG Group had more than 1,450 sites in the U.K., France and Ben­elux. Since then, it has rapidly expanded into Italy and Germany. In 2018, the com­pany also picked up almost 550 c-stores in Australia from Woolworths Group.

EG Group now has about 5,200 sites in the United Kingdom, Europe, the United States and Australia.

Its move into the United States is part of a recent trend in foreign investment in the U.S. c-store business, which includes companies such as Santiago, Chile-based Compania de Petroleos de Chile (COPEC), which acquired Delek U.S. Holdings’ MAP­CO in 2016; Empresa Nacional de Energia Enex S.A. (Enex), also based in Santiago, which acquired Road Ranger in 2018; and Dublin-based Applegreen, which acquired Pitt Stop in 2017.

Although these other companies appear to be relatively content with their initial U.S. beachheads, EG Group may be taking a page from Laval, Quebec-based Alimenta­tion Couche Tard, with which it now shares a top 10 spot in terms of size, according to CSP’s2019 Top 202 report. The owner of the Circle K chain has amassed a global c-store network through multiple deals, including several in the United States.

In May 2019, EG Group signed a defini­tive agreement to acquire 69 Certified Oil c-stores in Kentucky, West Virginia and Ohio. “The locations of the stores are highly complementary to EG Group’s ex­isting U.S. operation,” said Jay Erickson, pres­ident of EG America.

The acquisition is in line with EG Group’s strategy to expand in large, growing mar­kets such as the United States and extends the company’s reach into new geographies, said Mohsin Issa, now co-CEO of EG Group. “The acquisition of Certified Oil is an exciting value creation opportunity for the EG Group and underpins another significant step in our North American adventure,” he said.

“This acquisition is an important step in building out our U.S. road map and will en­able us to build a stronger market presence,” co-CEO Zuber Issa said. The acquisition “re­soundingly confirms our long-term commit­ment to the U.S. market.”

Founded in 1939, Certified Oil maintains its own proprietary Certified fuel brand as well as branding and distributing fuels for Marathon.

In April 2019, EG Group reached an agree­ment to acquire all 54 Fastrac Markets in up­state New York, with sites clustered along the I-90 corridor in the Rochester, Syracuse and Albany region, in addition to Fastrac’s whole­sale fuel business.

Fastrac owner Tom Waddle and his team “have built an outstanding portfolio of large, modern facilities,” Erickson said. “We are very impressed by the Fastrac operation, from their unbranded fuel procurement and trans­portation department to the well-developed signature pizza program. These stores are highly complementary to EG Group’s existing U.S. operation.”

In December 2018, EG Group acquired 225 Minit Mart c-stores in Kentucky, Ten­nessee, Illinois, Wisconsin and Ohio from TravelCenters of America LLC, Westlake, Ohio, for approximately $330.8 million. TA, like Kroger, sold its stand-alone c-store network as a means of focusing on its core mission, in this case its more than 250 travel centers.

“For the past 17 years, we have had a vision of becoming a leading gas-station/conve­nience-store operator around the world,” said Zuber Issa. “This is another exciting interna­tional milestone on our growth journey. The Minit Mart acquisition will underpin a more sustainable network [and] allow us to explore further real-estate development prospects.”

As EG Group builds its U.S. empire, it will look to implement “its success­ful retail brand partner commercial approach.”

In the United Kingdom, EG Group works with foodservice brands such as Sub­way, Starbucks, Burger King and KFC along­side c-store operators such as Spar, providing a place to shop, eat and buy fuel. In Europe, it uses this partnership approach with retail gi­ants such as Carrefour. The company intends to build a similar U.S. network.

In the United States, “this will entail as­sessing the acquired site network in terms of its retail potential, initially partnering with and investing in a few locations with recognized global and local retail brands to understand the market dynamics and con­sumer perceptions,” the company said. This process “will then provide the necessary mar­ket understanding and business model con­fidence to accelerate growth and rollout of a best-in-class retail offer across the remaining network.

“Nurturing the right strategic brand part­nerships for the respective market regions is going to be an important strategy focus in North America,” said Mohsin Issa. “We already have established relationships with many leading U.S. retail brands, and con­sumers want to access convenient locations to fulfill multiple fuel, convenience store and food-to-go missions and stop at those loca­tions that provide excellent welfare to mo­torists. … We aim to invest and transform our locations into branded retail destinations and be recognized as an effective U.S. fuel, conve­nience-store and food-to-go retailer.”

Behind EG Group's Entrance Into the U.S. Market