AUBURN, Calif. -- With it eyes on growing in six states in the West, Flyers Energy LLC took a step in that growth with its acquisition of the assets of Allied Washoe Petroleum, a fuel distributor based in Reno, Nev., as reported in a 21st Century Smoke/CSP Daily News Flash. 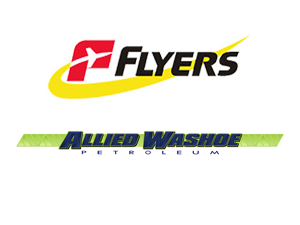 Privately-owned Flyers Energy, Auburn, Calif., is on a campaign to expand its holdings throughout the Western United States, and Reno is a natural next step in its geographic expansion, according to the company. Flyers extended employment offers to a majority of existing Allied Washoe team members and is still working to fill more positions for additional sales people, drivers and office staff.

“The industry is evolving in a direction that makes it increasingly difficult for small, independent marketers like Allied-Washoe to be competitive,” said Mike Cox, Allied Washoe’s chief executive officer. “We felt it was in the best interest of our customers, our employees and our shareholders to align with a company that was better positioned to care for our customers into the future, and no one is better suited to do that than Flyers. They made the process very easy, offered an attractive price and flexible structure, and are providing enhanced career opportunities to most of our employees. We are thrilled to now be a part of the Flyers team and look forward to enhancing the level of service that we can provide to our many loyal customers.”

“Mike Cox and his team have built a solid, well-respected business in the Western Nevada market,” said Rick Teske, Flyers’ general manager. “We are excited to offer our expanded product and service offerings to the Allied-Washoe customers and are pleased to be adding Mike and most of his employees to the Flyers team.”

Flyers is actively looking for additional acquisitions throughout California, Oregon, Washington, Idaho, Utah, Nevada and Arizona, according to the company. The company’s mergers and acquisitions advisor is DCA Partners, Roseville, Calif.