BOCA RATON, Fla -- As part of a deal announced earlier this week, Sun Capital Partners Inc., a leading private investment firm, said it has completed the sale of its investment in VPS Convenience Store Group, an operator of 161 convenience stores in four Midwest states, to GPM Investments LLC. 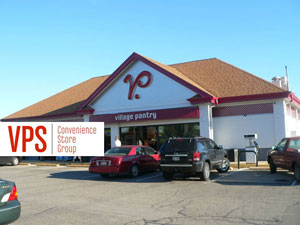 The companies did not disclose the terms of the private transaction.

The affiliate previously completed the sale of 263 southeastern stores in North Carolina, South Carolina, Tennessee and Virginia to GPM in 2013.

Prior to the acquisition of Marsh Supermarkets Inc., a leading multi-format food retailer in Indianapolis and surrounding markets, by an affiliate of Sun Capital, VPS operated as a division of Marsh. Following the Marsh acquisition, VPS operated as a standalone entity in order to implement a number of operational improvement initiatives and grow the company’s geographic presence.

“We’re extremely proud that our experience in transitioning strong business units into successful standalone businesses, coupled with our operationally intensive focus has helped enable VPS to achieve sustained growth in an extremely competitive sector,” said Marc Leder, co-CEO at Sun Capital. “We’re confident the company is poised to take advantage of even more market opportunities under its new owner.”

Including the Southeast division, which was sold in 2013, VPS had completed nine significant add-on acquisitions, expanding the company’s reach to approximately 430 stores across eight states to become a market-leading convenience-store operator in the Midwest and Southeast. Additionally, VPS enhanced its food operations, expanded and improved its higher-margin food and beverage offerings, and improved its store-level management through innovative scanning technologies.

“This transaction marks the culmination of a long-term growth strategy centered on realizing significant operational improvements and taking advantage of the synergies associated with increasing the company’s scale in each region,” said Jared Wien, principal at Sun Capital. “With the management team’s steadfast focus on delivering improved choice and value to its customers, VPS not only became a market-leading convenience store operator, but successfully transitioned into a strong independent company. We wish VPS continued success.”

GPM Picks Up Other Half of VPS

Village Pantry Gets a Makeover