BENTONVILLE, Ark. -- Traditionally, Wal-Mart Stores Inc. serves customers who make less frequent stockup trips, with its large Supercenters located on the outskirts of a city. It hasn't been as effective in catering to buyer needs for easy access, for which they usually go to a traditional convenience store, said Forbes, commenting on the Bentonville, Ark.-based retail behemoth's fifth consecutive quarter of falling sales and declining profits. 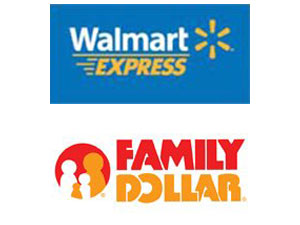 Local convenience stores, dollar stores and grocery stores have been nibbling Wal-Mart's low-end customer base. Expanding its smaller-format network provides Wal-Mart with a great opportunity to win back those customers, the report said. By providing them with fresh inventory of food, consumables and other essential merchandise, the retailer can drive customers from alternative stores to its Neighborhood Markets and Walmart Express outlets.

The company last week announced that it has entered the third phase of its Walmart Express rollout, in which it will tether several of the c-store-like retail outlets logistically to Supercenters to act as distribution hubs for the local network.

"On May 2, we opened the first fully tethered Walmart Express store in North Carolina," Bill Simon, president and executive vice president of Walmart U.S., said during the company's first-quarter earnings call. "Customers are buying products, such as bicycles and swimming pools, which they can't traditionally get inside a 10,000-square foot box."

Wal-Mart is planning to open approximately 115 supercenters and as many as 200 Neighborhood Markets and 100 Walmart Express stores this year, said Simon. The company also is testing several college-based convenience store-type retail outlets called Walmart on Campus and recently opened its first true gasoline convenience store, called Walmart to Go. The company called it a "one-off project."

The widespread network of dollar stores and space constraints in urban areas can be a roadblock, Forbes said. To prevent this, Wal-Mart should consider buying one of the dollar store chains, such as Family Dollar.

With Family Dollar's market capitalization of $7.4 billion and revenues of approximately $10 billion, it would be a small transaction for Wal-Mart, for which it will receive 7,500 stores across the nation, the report said. Out of all the three leading dollar chains, Family Dollar has the minimum locations of store overlaps with Wal-Mart, which makes it the most viable acquisition option.

Citing Credit Suisse analyst Michael Exstein, who earlier this year advised Wal-Mart's CEO to acquire Family Dollar, the Forbes report said that only 19% of Wal-Mart stores are within a one-mile radius of a Family Dollar store. On the other hand, this figure is 29% for Dollar General and 49% for Dollar Tree.

Buying Family Dollar will give Wal-Mart an existing network of smaller stores with fewer concerns of self-cannibalization, said the report. Moreover, it will reduce the retailer's potential competition considerably in urban markets. If Wal-Mart buys Family Dollar, its smaller-format network can start contributing significantly a lot sooner.