SAN ANTONIO & ALLENTOWN, Pa. -- With the intention to rebrand the locations to the Corner Store identity, CST Brands Inc. and CrossAmerica Partners LP are buying 22 convenience stores in the Lone Star State from Houston-based Landmark Industries. 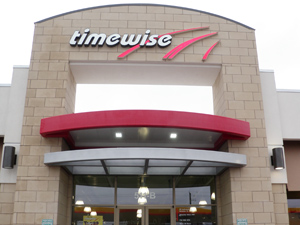 The joint deal is CST and CrossAmerica's third combined acquisition in less than three months.

As reported in a 21st Century/CSP Daily News Flash, the stores operate under the Timewise brand name and provide Shell branded fuel. Of the 22 owned fee-simple locations, 20 are in the San Antonio area and two are in the greater Austin, Texas, area.

CrossAmerica will be purchasing all of the 22 fee sites as well as certain wholesale fuel distribution assets for $43.5 million. CST will be purchasing the personal property, working capital and the convenience store operations for $20.2 million.

CrossAmerica will lease the acquired real estate to CST Brands at a triple-net lease rate of 7.5% and will provide wholesale fuel supply to the 22 sites under long-term agreements with a fuel gross profit margin of approximately five cents per gallon. These 22 sites distributed approximately 41.3 million gallons for the 12-month period ending Dec. 31, 2013.

"We are excited about the opportunity to add additional sites in our San Antonio and Austin markets--with our nearby distribution center and field operations team in place, we are looking forward to folding them into our growing Corner Store network," Kim Lubel, chairperson and CEO of CST Brands told CSP Daily News.

"We do plan to rebrand the stores to Corner Store, although they will continue to sell Shell-branded fuel," she said.

"With the Landmark acquisition, we are gaining strong operating sites within our existing footprint, which will allow us to leverage our regional distribution and back office efficiencies very quickly," Lubel said in announcing the deal. "Moreover, this announcement is the third acquisition made by CST and CrossAmerica in less than three months since we closed on our purchase of the general partner of CrossAmerica, and reflects our combined vision of growth for both companies."

CST Fuel Supply provides fuel to substantially all of CST's U.S. company-operated convenience stores and generally maintains the fuel supply agreements between CST and its fuel suppliers, and is expected to earn a net profit margin of approximately five cents per gallon.

"We are pleased to have completed the negotiations and review for the first dropdown from CST Brands to CrossAmerica," said Joe Topper, President and CEO of CrossAmerica. "As we have stated previously, CST has a large group of assets that are ideal dropdown assets for CrossAmerica, which could potentially provide us with steady growth for many years to come."

And the companies have agreed on the details of the final purchase price paid for acquiring the Canastota, N.Y.-based Nice N Easy Grocery Shoppes 77-unit chain of convenience stores, which closed on Nov. 1, 2014.

CrossAmerica will lease the acquired real estate to CST at a triple-net lease rate of 7.5% and fuel supplied between CrossAmerica and CST Brands will have a fuel gross profit margin of approximately six cents per gallon.

CST Brands is one of the largest independent retailers of motor fuels and convenience merchandise in North America. Based in San Antonio, it has nearly 1,900 locations throughout the southwestern United States, New York and eastern Canada.