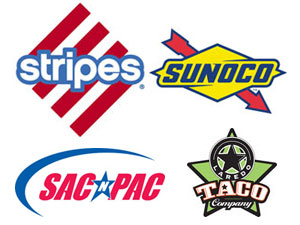 From the start of the call, Susser officials said they would not elaborate further on its acquisition by Dallas-based ETP, but Sam Susser, president and CEO of Susser Holdings, the parent company of Susser Petroleum, did express appreciation to supporters and gratitude over the success of his company leading up to the acquisition.

"It's a bittersweet moment for the Susser family," he said on the quarterly earnings call (see Realted Content). "We consider ourselves incredibly blessed to be a part of a team that has grown this business from a couple of stores that my grandmother inherited over 76 years ago to a Fortune 500 operation."

He added, "My wife, Catherine, and I really love the way things are today, and [we] would have been very, very happy with the status quo."

But ETP made a "compelling proposal for our shareholders at [Susser Holdings], our unitholders at [Susser Petroleum], as well as for our leadership team. Pairing Stripes and Laredo Taco Co. with Sunoco, one of the great fuel brands in the United States, with the capability and resources of the Sunoco and ETP family, tees up our company for a tremendous future," he said. "Combined with Sunoco's brand, logistics, credit card and geographic reach, this company has a potential to be a truly major player, a juggernaut in the years ahead."

Although the resets at the Sac-N-Pac stores came with a few bumps in terms of maintaining new stock, officials expressed cautious optimism and positive initial results. On the fuels side, the addition of the wholesale business from the Sac-N-Pac buy as well as the purchase earlier last fall of Gainesville Fuels, a distributorship in Gainesville, Texas, allowed for a "robust" first quarter, with an 18% increase in fuel gallons sold year over year and a 42% increase in gross profit.

Rocky Dewbre, president and CEO of Susser Petroleum, said that in addition to the acquisitions of Gainesville Fuel, Sac-N-Pac and 3W Warren Fuels Ltd., Sac-N-Pac's fuel supplier, growth also came from increases in gallons from the Stripes chain as "supported by a robust Texas economy."

That said, executives expect changes in supplier relationships and a greater emphasis on foodservice to increase the value of newly built and acquired assets, said Keswani.

Susser Holdings is a third-generation, family-led business based in Corpus Christi, Texas that operates 630 convenience stores in Texas, New Mexico and Oklahoma, with more than 580 under the Stripes banner and 47 under the Sac-N-Pac banner. Restaurant service is available in more than 400 of its stores, primarily under the proprietary Laredo Taco Co. brand. Susser Holdings is also majority owner and owns the general partner of Susser Petroleum Partners, which distributes approximately 1.6 billion gallons of motor fuel annually to Stripes stores, independently operated consignment locations, convenience stores and retail fuel outlets operated by independent operators and other commercial customers in Texas, New Mexico, Oklahoma and Louisiana.