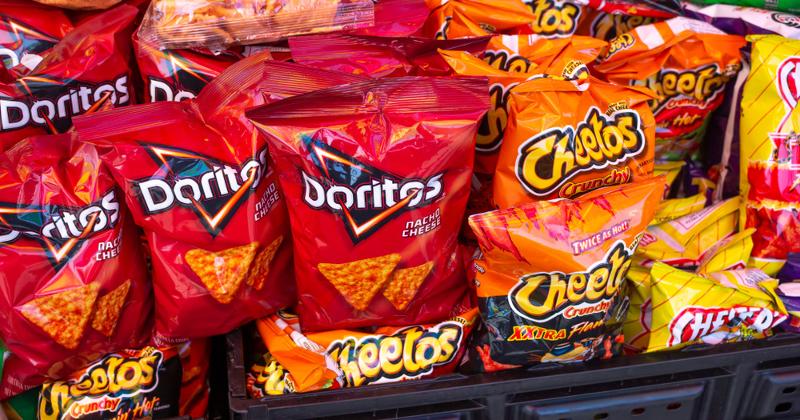 PepsiCo’s Frito-Lay division is expanding its presence in the snack category this year by inviting new forms of snacks—pretzels, crackers and meat snacks—into its existing line of brands. Frito-Lay is aiming for consumers to associate its brands not only as chips, but as other types of snacks, too.

“There’s a master brand here called Doritos that has the ability, credibility to extend into other parts of the snacking universe that makes sense,” said Parth Raval, chief growth officer for PepsiCo Foods North America. “This is going to be an example of how you start to expand out in concentric circles from your core into other areas and see how high is high.”

PepsiCo is looking into rolling out a cracker product with one of its major chip brands as early as the second half of this year, but the company has not revealed which brand or flavors.

Later this year, PepsiCo also plans to debut Cheetos-flavored pretzels, tapping into the earlier success it had when it launched Cheetos Popcorn 2020, the Raval said.

The company is also endeavoring into meat snacks by building on its partnership with jerky maker Jack Link’s and bringing the Doritos flavoring into the meat category. The two companies, which first struck a distribution deal in 2009, plan to introduce Jack Link’s jerky with Doritos Spicy Sweet Chili and potentially other flavors as part of a co-branding deal.

The product would provide PepsiCo with a way to tap into growing consumer demand for healthier proteins and meat-based snacks with unique flavor profiles, Raval said. He added that Jack Link’s is likely “just the first step” of PepsiCo’s presence in animal-based protein.

“We’ve got a lineup planned in the meat-based arena that ... has shown tremendous progress in the last couple of years and will continue to grow,” Raval said. “When you bring a massive brand like Doritos to this space, we believe that it will really continue to catapult the category’s momentum.”

“This is going to be an example of how you start to expand out in concentric circles from your core into other areas and see how high is high.”

PepsiCo’s snacking business is composed mostly of Frito-Lay and Quaker Oats, which together generated nearly $21 billion in sales in North America during the company’s 2021 fiscal year—accounting for more than a quarter of the consumer packaged goods (CPG) company’s $79 billion in global sales.

“The question in our mind is how far do these brands stretch,” said Raval. “We have strong reason to believe that our brands play in multiple domains, and we want to ensure that every time there’s a snacking occasion that the shopper is looking to Frito-Lay.”

This is not PepsiCo’s first time bringing its brands into other categories. Last year, Doritos entered the dip category with Spicy Nacho and Cool Ranch Jalapeno. The dips are positioned to be used with foods beyond chips, including pizza, wings and veggies. The company also began offering bite-sized versions of its Doritos, Cheetos and SunChips packaged in canisters for on-the-go eating.

Frito-Lay Named 2022 the Year of Crunch