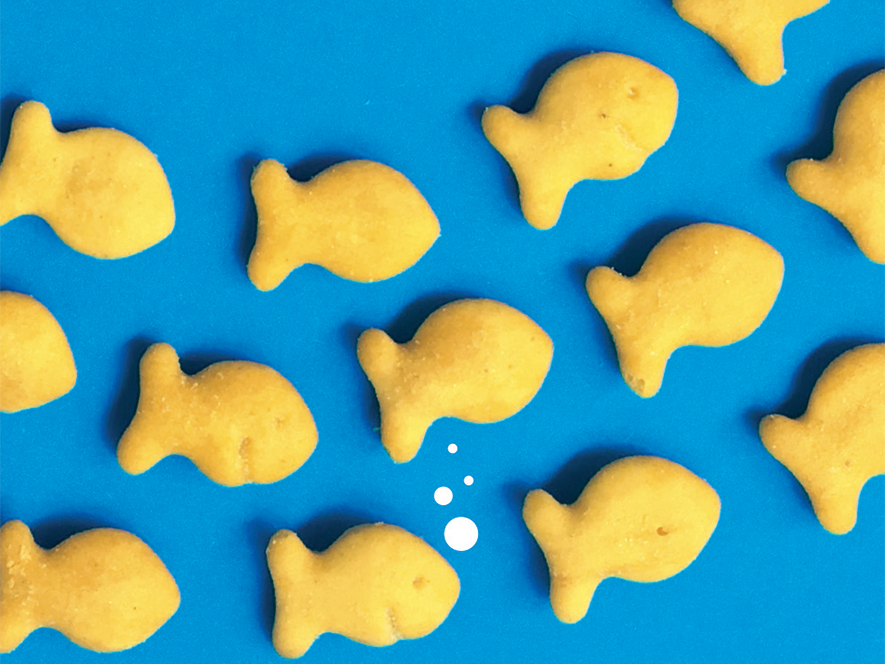 Lund, who owns Beaudry Express, a single store in Elk River, Minn., parlayed the request into serendipity: He saw an unexpected spike in Goldfish sales, a brand originally not on his merchandising radar. As it turns out, customers didn’t even know they wanted Goldfish until it was available to them.

“We shipped in several stand-up pouches using our local grocery distributor and it generated additional interest for a brand that had been nonexistent in my lineup,” says Lund, who offers Cheddar and White Cheddar flavors of the snack. “We position it with Combos and Chex Mix. I was happy to get the feedback because it was a win-win.”

The breadth of options is daunting in the fragmented snacks universe—all to appease the customer who has multiple snacking needs per day. Because scan data and wholesaler input can go only so far in pinpointing local-market desires, customer requests can be retailer gold.

According to Mintel/Lightspeed research, more people are joining the so-called super-snacker ranks (meaning they snack five times or more per day). The 16% of people Mintel deemed “less frequent snackers” indicated they are snacking more in 2017 than last year. According to Chicago-based IRI, salty snacks grew dollar sales 3.9% and units 3.4% in 2017 vs. 2016.

These days, salty, extruded snacks (such as Goldfish) and others are vying for a position in consumers’ snacking roster, which is seeing stiff competition from meat snacks and jerky, popcorn and energy and snack bars.

Puffed and extruded snacks include anything involving combined ingredients that are either pushed through a mold or precision cut. Examples include corn puffs, veggie straw snacks, pork rinds, cheese snacks (puffs and curls) and more.

Like all segments, extruded varieties would be well-served to innovate around healthy and indulgent simultaneously to recruit new or lapsed users, says Caleb Bryant, senior foodservice analyst for Chicago-based Mintel International, who also oversees snack-segment consulting for the retail channel.

Puffed and extruded snacks that “fall in between both healthy and indulgent—even hybrid versions of iconic brands—have a chance to score higher with more consumers. CPGs should look for potential [gaps],” Bryant says.

Salty snacks continue to experience growth. From 2011 to 2016, category sales grew 30% to reach an estimated $11.2 billion. Mintel predicts sales of salty snacks will reach $13.6 billion by 2021. Nine out of 10 consumers have purchased a salty snack for themselves or their household in the past three months, giving it household-staple status.

Mintel identified six core need states, each with various snacks fulfilling the need to satisfy. They include satisfying hunger, satisfying cravings, on the go, snack as a treat, energy enhancement and an impromptu option.

Consumers also want snacks to be healthy, indulgent and exotic in flavor at any given time throughout the day. Add another layer of complexity and you have demographic-driven trends—a linchpin driving decision-making. Pork-rind sales, for example, flattened out this past year after seeing some trial with nontraditional users. 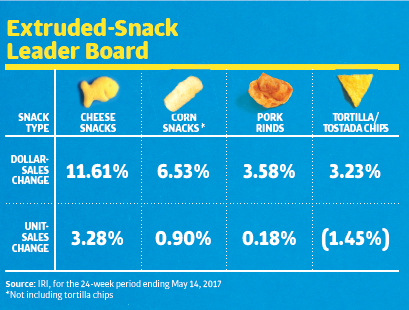 “Power consumers of pork rinds are largely Hispanics, so how can pork-rind suppliers expand to appeal to a more diverse base?” Bryant says. “Some brands are trying to give it a more premium perception, such as (San Francisco-based) 4505 Chicharrones, where it’s organically sourced but also maintains a solid taste profile.”

The secret to pork-rind success for one retailer? Put it near beer.

“You have to carry pork rinds if you sell beer,” says Sam Odeh, president of Elmhurst, Ill.-based Power Mart Inc., who oversees stores in the Midwest, Georgia and Florida. “We place it near our Mexican beers, like Modelo Chelada, because customers buying them have an unwavering appetite for pork rinds.”

At Lund’s Beaudry Express, pork rinds are not as popular as they are across the border in northern Wisconsin, he says, illustrating the mercurial nature of snack consumption trends and the difficulty in responding to them.

“We carry maybe two SKUs of Old Dutch [Foods] pork rinds. We place them on an endcap rack with a lot of the grab-and-go brands, including the Old Dutch Bac’n Puffs,” he says. “Pork rinds are not an impulse purchase. The people who come to our store put in a special request [for different brands].”

Cheese snacks, extruded and others, are indexing higher. And the “premiumization” of brands is a reason why. Cheese snacks experienced an 11.61% increase in dollar sales and a 3.28% increase in units during the 24-week period ending May 17, according to IRI.

As consumers reach for exotic flavors melded with premium ingredients, snack suppliers are tasked with wringing out higher innovation, particularly with millennials who seek to be delighted and surprised.

Best of Both Worlds

New twists on existing snack brands are also helping create some buzz. Goldfish Grahams S’mores is a recent example of a hybrid o­ffering that seeks to bring in new users to the Goldfish brand with the snack’s infusion of indulgence.

Similar to Goldfish Grahams, Ritz Toasted Corn Chips o­ffer Ritz loyalists a new flavor and texture experience they have not been exposed to within the traditional brand formulation, “serving as a seminal snacking moment,” says Susan Viamari, vice president of thought leadership for IRI. “Plus, it’s healthier for you while still indulgent.”

When it comes to some of the traditional and flagship extruded-snack offerings, such as cheese curls and corn snacks, Viamari says, “you are seeing a healthier bent on traditional indulgent snacks. Plus, many of these products emphasize a baked rather than fried formulation with cleaner ingredients lists.”

As for the entire healthy snacking trend and what retailers should take from it, Lund says, “Everyone says they want to snack healthier but then they always seem to cave into the indulgent o­fferings. This plays well with extruded snacks, which seem to skew more in the guilty-pleasure field than the healthier,” he says. 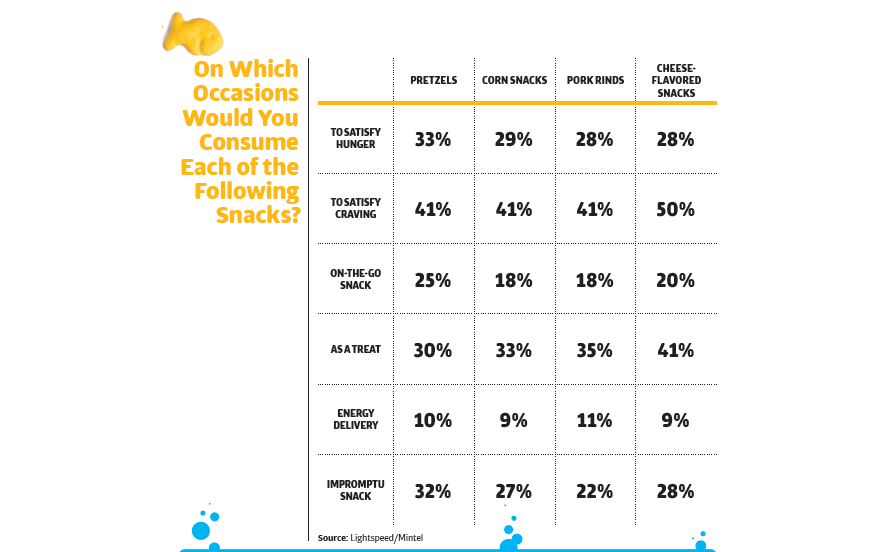