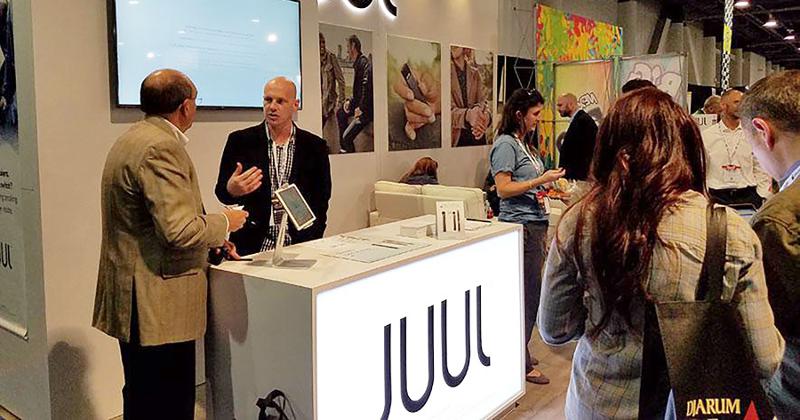 SAN FRANCISCO and RICHMOND, Va. – In a strategic play that convenience-store retailers have seen before, a major tobacco manufacturer is reportedly moving to gain a degree of control of a promising newcomer within the category. In this case, Altria Group Inc., maker of the dominant Marlboro cigarette brand, is reportedly vying for a significant minority stake in e-cigarette upstart Juul Labs, according to The Wall Street Journal.

Citing people familiar with the matter, the news source said no deal is imminent—and nothing is certain—but if it were to happen, such a move would come with a hefty price tag. With just a few hundred employees, the three-year-old, San Francisco-based Juul was valued at $16 billion in a funding round this summer, the Journal reported.

The overall e-cigarette retail market in the United States is about $2.8 billion, according to New York-based Nielsen.

Juul would benefit from Altria’s command over retail shelf space that it attained with brands such as Marlboro, Parliament and Skoal, the Journal said. For Altria, the report said the Richmond, Va.-based tobacco manufacturer could reclaim ground in the e-cigarette market, as well as bolster expansion plans for Canada, Europe and Asia.

However, the deal not only would be costly, given Juul’s high valuation, but it also comes at the same time the U.S. Food and Drug Administration (FDA) is seeking to establish restrictions on the sale of flavored vaping liquids and devices. Both Altria and Juul have recently made concessions to demands from the FDA, announcing they would pull certain products from store shelves or stop supplying retailers with specific items.

Still, despite having a market value of $100 billion, Altria’s stock has declined nearly 20% over the past year as the company grappled with declines in traditional smokers and other market challenges, the Journal said.