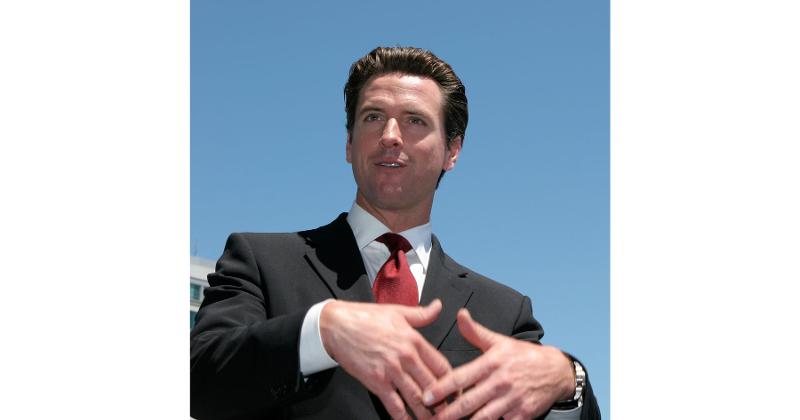 Earlier this month, governors in Michigan and New York used executive orders to initiate state bans on the sale of flavored e-cigarettes and other vaping products, while President Donald Trump weighed in with potential support for some type of federal regulatory action.

In California, Newsom fell short of marshaling the required legislative commitment, announcing on Sept. 16 instead that his executive order would increase enforcement against counterfeit e-cigarettes and “against those abusing the law” by giving minors access to products containing nicotine, he said.

He asked the California Department of Tax and Fee Administration to develop recommendations by Oct. 29 to remove illegal or counterfeit vaping products from stores and to incorporate nicotine content into the calculation of the existing tax on e-cigarettes; he also asked the department to look into the feasibility of a stamping requirement. And Newsom signed legislation that will impose stricter age verification requirements for tobacco products sold online or by mail.

“There is a broad and bipartisan coalition of legislators seeking to protect our youth, and we are committed to working with the legislature and stakeholders to build on these executive actions and put forward a strong tobacco reform package in 2020,” Newsom said.

Also coming under scrutiny from California lawmakers will be warning labels on e-cigarette packages and advertisements, Newsom said. He  directed the California Department of Public Health to develop recommendations to place warning signs at retailers and on product advertisements.

At the same time, he announced a $20 million digital and social media advertising campaign to discourage vaping among teens. California has seen the rate of teenagers using e-cigarettes “skyrocket,” he said.