LAS VEGAS -- The landscape of vape is undergoing a critical change. 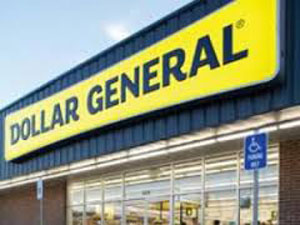 We're not talking about the turbulent tide of tanks, mods, liquids and the glut of fresh products flowing into the market each month. We're talking about a relatively new marketer of vaping products--dollar stores.

In a fast-paced presentation, Burke explored the evolution of electronic cigarettes and the broader vaping category in tobacco outlets, convenience stores and dollar stores. In addition, he shared preliminary information from a recently launched proprietary survey of vape shops (see highlights below).

The story of dollar stores begins in the broader context of the channel's cautious embrace in recent years of nicotine products--cigarettes, cigars and vaping. With a chart, Burke showed that while tobacco outlets represent only 3% of total retail outlets, the trade sells 8% of nicotine devices in the United States. Convenience stores, making up 47% of total retail outlets, sell nearly 63%.

Accounting for 5% of total retail outlets, the dollar channel, with up to 30,000 stores, sells only 1% of all-sold nicotine in the United States. But here's the rub--nicotine sales in the dollar channel soared 42% last year, while declining 3% in tobacco outlets and growing a modest 1% in c-stores.

That shift, Burke observed, will continue in 2015 and most likely for the coming years. While no one will match the specialization and breadth of nicotine products available at tobacco outlets, Burke could envision dollar stores aiming to emulate c-stores in inventory breakdown, at least for the top-performing segments.

Indeed, a look at c-stores showed premium representing 67% of total tobacco volume, followed by discount cigarettes at 22%. Vaping made up 2%. At dollar stores, cigarettes dominated with premium and discounted accounting for 90%, but with vaping now making up 8%.

Rodu: Tobacco Control Is Getting It Wrong