LAS VEGAS -- Anti-tobacco campaigns are getting it wrong, Dr. Brad Rodu, professor of medicine and holder of the endowed chair in tobacco harm reduction research at the University of Louisville, said during his presentation at the NATO Show in Las Vegas. 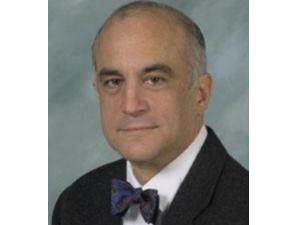 The American anti-smoking campaign is approximately 50 years old. Yet, by the Center for Disease Control & Prevention’s own numbers, there are still 42 million smokers and 400,000 smoking-related deaths per year, a figure Rodu said the CDC is not underestimating.

“Those numbers have not changed in the 20 years I’ve been involved in harm reduction,” Rodu said.

A big problem with the anti-smoking and anti-tobacco crusades is that they embrace an abstinence-only rhetoric. Even Food & Drug Administration (FDA)-approved nicotine replacement therapies (NRTs) are intended for only short-term use. Although, as Rodu pointed out, those “replacements” aren’t exactly a raging success.

What does work, according to Rodu and his 20 years of research, is the concept of a nicotine risk continuum—educating adult smokers on potentially less-harmful ways of consuming nicotine and giving them the choice.

“Smokers aren’t sick,” said Rodu. “They don’t want to be treated. They just want to have options.”

Unfortunately, too often, the public at large is not properly educated on reduced harm alternatives. During his NATO Show session, Rodu looked at the fallacies and realities of two such alternatives currently on the market: smokeless tobacco and electronic cigarettes.

The Real Risk of Smokeless

Rodu is an oral pathologist who has spent his entire career working in medical and cancer centers.

“I’d been taught smokeless tobacco use was basically a death sentence through mouth cancer,” he said. “But I wasn’t seeing this link in the people I was treating.”

This realization set in motion research that would define Rodu’s career as an alternative tobacco advocate. He came to find that moist and chewing tobacco use carry virtually no mouth cancer risks: only powder dry snuff. Rodu’s research showed that out of 100,000 people, three non-smokeless users might get mouth cancer, three moist or chewing tobacco consumers might get mouth cancer; for powder dry snuff, that number is more like 12.

“The link between powder dry snuff and mouth cancer was reported in 1981 and was applied to every single smokeless tobacco product,” said Rodu. “Anti-tobacco groups are still avoiding this truth. Everyone thinks it’s an enormous risk—it’s not.”

Unfortunately, similar misconceptions are being spread about the e-vapor category.

“The same unscientific and irresponsible campaign against smokeless tobacco is now starting to be conducted with e-cigarettes,” Rodu said, and proceeded to debunk some of the biggest myths reported about the category:

Ultimately, Rodu expressed optimism about the future of tobacco alternatives and the role retailers can play.

With two decades of experience in the world of tobacco research and policy, some 40 scientific articles in the field of harm reduction and authoring a successful blog and book on tobacco harm reduction, Rodu said it’s actually tobacco retail events like the NATO Show that excite him.

“I’m a little nervous. I’ve been waiting 20 years to make this presentation,” he said, while also marveling at the very thought of a cancer researcher presenting at a tobacco trade show.

“I’ve been trying to reach out to consumers to show them options and alternatives for using tobacco in a different way,” said Rodu. “It has been very difficult given the anti-tobacco campaigns we’ve all experienced. I see reaching out to retailers as really, really important.”

He concluded, “This transformation is taking place. The winners are consumers, public health … and the tobacco industry and retailers. If you endorse and embrace this transformation of tobacco, you can help your consumers live longer and healthier lives, you can keep them satisfied and you can also pay the bills.”

NATO Show 2015: From Acquisitions to Zeller