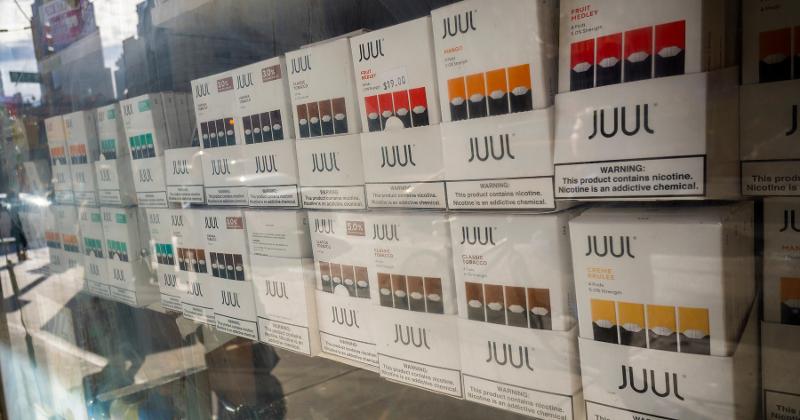 OLYMPIA, Wash. — A Washington judge ordered e-cigarette maker Juul Labs Inc. to pay $22.5 million to the state over the next four years in a settlement stemming from a lawsuit over its advertising practices.

The lawsuit, filed by Washington Attorney General Bob Ferguson in 2020, alleged Juul, San Francisco, violated the law when it designed and marketed its products to appeal to underage consumers and deceived consumers about the addictiveness of its product.

“Juul put profits before people,” Ferguson said. “The company fueled a staggering rise in vaping among teens. Juul’s conduct reversed decades of progress fighting nicotine addiction, and today’s order compels Juul to surrender tens of millions of dollars in profit and clean up its act by implementing a slate of corporate reforms that will keep Juul products out of the hands of underage Washingtonians.”

Juul denied the allegations in the state’s complaint and did not admit to any wrongdoing in the settlement, which was ordered by King County Superior Court Judge Douglass North on April 12.

In addition to the payment, Juul must take other actions including stopping its advertising that appeals to youth, stopping most social media promotion, accurately marketing the content and effects of the nicotine in its product and conduct strict practices to confirm the age of consumers who buy Juul products, including secret shopper checks, according to the settlement.

“This settlement is another step in our ongoing effort to reset our company and resolve issues from the past,” Juul said in a statement on its website. “We support the Washington State Attorney General’s plan to deploy resources to address underage use, such as future monitoring and enforcement. The terms of the settlement are consistent with our current business practices and past agreements to help combat underage use while offering adult smokers access to our products as they transition away from combustible cigarettes.”

Juul has entered into settlement agreements with other state attorneys general as well, including Louisiana, Arizona and North Carolina, it said.

“We will continue working with federal and state stakeholders to advance a fully regulated, science-based marketplace for vapor products,” Juul said.