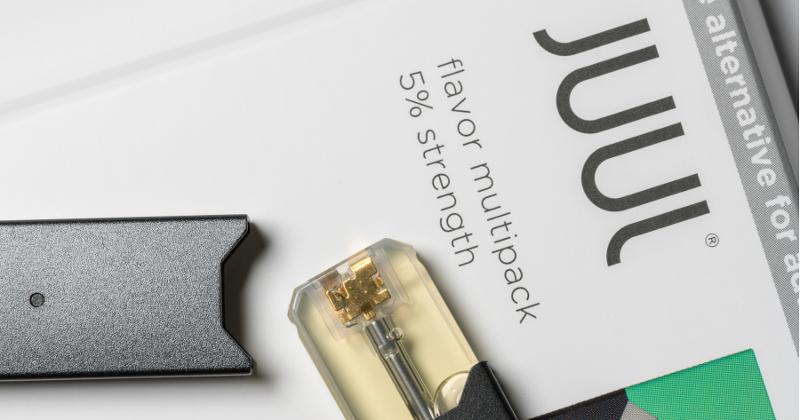 RALEIGH, N.C. — Juul Labs Inc. has agreed to pay $40 million in a settlement stemming from a 2019 lawsuit filed by North Carolina Attorney General Josh Stein. Stein’s suit alleged the maker of Juul e-cigarettes designed, marketed and sold its e-cigarettes to attract young people and misrepresented the potency and danger of nicotine in its products.

The San Francisco-based company also made several commitments in connection with its marketing and sales activities in North Carolina. It must ensure its products are being sold behind counters, ensure a barcode scanner to validate IDs when selling Juul products is being used and not market Juul products to people under 21, among other actions, according to the final consent judgement, provided by the state attorney general.

“For years, Juul targeted young people, including teens, with its highly addictive e-cigarette. It lit the spark and fanned the flames of a vaping epidemic among our children—one that you can see in any high school in North Carolina,” Stein said, noting North Carolina is the first state to reach an agreement with Juul. “This win will go a long way in keeping Juul products out of kids’ hands, keeping its chemical vapor out of their lungs and keeping its nicotine from poisoning and addicting their brains.”

A Juul spokesperson said in a statement to CSP that the settlement is consistent with the company’s ongoing effort to reset its company and its relationship with stakeholders as it continues to combat underage usage and advance the opportunity for harm reduction for adult smokers.

“Importantly, we look forward to working with Attorney General Stein and other manufacturers on the development of potential industry-wide marketing practices based on science and evidence. In addition, we support the Attorney General’s desire to deploy funds to generate appropriate science to support North Carolina’s public health interventions to reduce underage use,” Juul’s statement said. “We seek to continue to earn trust through action. Over the past two years, for example, we ceased the distribution of our non-tobacco, non-menthol flavored products in advance of FDA guidance and halted all mass market product advertising. This settlement is another step in that direction.”

North Carolina isn’t the only state to have filed a lawsuit against the e-cigarette maker for allegedly targeting young people in its effort to market products. Other states including Illinois, New York, California, Massachusetts, Washington, Pennsylvania, Hawaii and Colorado have filed similar lawsuits.

Marlboro maker and Juul investor Altria, Richmond, Va., said in its first-quarter 2021 earnings call that as of March 31, the fair value of its Juul investment was $1.5 billion. In December 2018, Altria valued its 35% economic interest in the e-cigarette company at $38 billion.

Altria estimated Juul’s retail share of the total e-vapor category was 33% as of the first quarter, a decrease of 6% year-over-year.