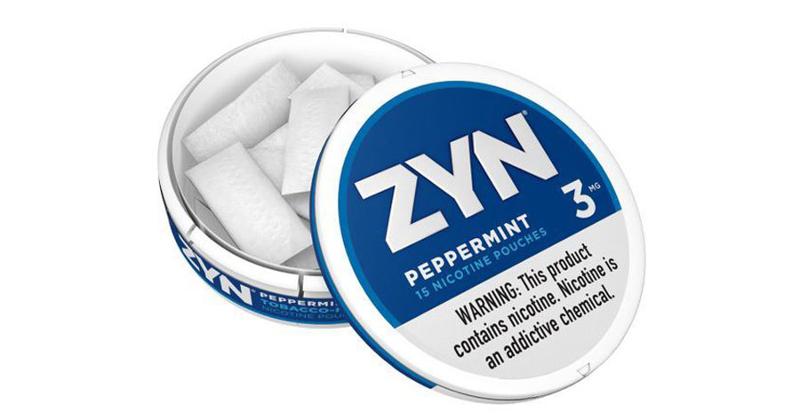 CHICAGO — Chalk it up to low barrier of entry, the discreet nature of product use or even the bad press some other nicotine products has received. Any way you look at it, nicotine pouches appear to be the next “hotspot” for the tobacco category.

“It’s growing so fast and it’s selling so well that it has had a large impact on moist snuff, which has been declining for several months,” said Joe Teller, director of category management with Swedish Match, maker of Zyn Nicotine Pouches.

The numbers tell the story: Total other tobacco product (OTP) unit sales were up 7% in convenience stores for the 24 weeks ending on May 30, while moist snuff declined 5.9%. Winning segments during this time predominantly were e-cigarettes, up 26%, and nicotine pouches, which grew a staggering 498%, according to Nielsen.

Similarly, nicotine pouch dollar sales in convenience stores were up 470% in 2020, according to Nielsen data for the six months ending in July. And while the nicotine pouch sales are really taking off, it should be noted that most products only entered the market in the last couple of years, Teller said.

Richmond, Va.-based Swedish Match’s Zyn was the first nicotine pouch brand sold in the United States and is the best-selling today, accounting for 76% of total nicotine pouch can volume,according to the company. Swedish Match rolled out the product after an initial test in Denver and West Coast markets starting in 2016.

Top brands and their sales during for the four weeks ending on July 11, according to Swisher, include:

While MON may be taking share from moist smokeless tobacco sales, it has a diverse adult customer base in c-stores, Karen Saber, vice president of business analytics with Swisher International, said. About 91% of sales are made at c-stores.

“There’s an opportunity [for retailers] to showcase something that is familiar yet novel at the same time. Lozenges, gums, tablets and pouches are all familiar products, but the idea that these formats deliver various levels of tobacco-free nicotine are a great alternative for the next adult customer approaching the counter,” Saber said. “Rogue can be either a complement or a substitute to a traditional tobacco sale.”

Nicotine pouches account for the majority of total MON category volume and has driven growth in the category, but opportunities also exist within emerging subsegments of gum, lozenges and tablets, Saber said. Swisher’s Rogue brand has all four types.

Rogue’s nicotine pouches last for up to an hour, the gum 30 minutes, lozenges about 10 minutes and tablets 2-3 minutes, Saber said. The products are considered ideal for travel or professional situations where long-lasting and quick use options are preferred, Saber said.

When looking at the total market, the average weekly volume of MON sold has gone from 99,000 units in January 2018 to more than 2.5 million as of mid-July, according to data provided by Swisher.

Knudsen of Circle K said many retailers may only carry two or three brands of Nicotine Pouches but he carries four—for now. He said Zyn is No. 1 because it was first to market, but he’d like to give all products a chance to see what ultimately becomes the top brand.

“As these newer modern oral nicotine products have come on and become more common, the consumer's going to decide which one deserves the No. 1 share position. I don't want to make that decision prematurely and lock out consumer preference,” Knudsen said.

Nicotine pouches are usually merchandised in a retailer’s backbar, if there’s room, or on counter displays, Knudsen said. He has a SKU selection of each brand but can’t fit them all as some, like On!, have more than 25 styles of nicotine levels and flavors.

How well the nicotine pouches do also depends on geography, Knudsen said.

“In the state of Pennsylvania, a store might only average 10 cans a week for the entire subcategory. In Illinois, we're looking more at 20 to 25 cans a week,” Knudsen said. “But when you get into markets like Colorado and Montana, it is a totally different scenario. Colorado has stores that are doing 300 to 400 cans a week of these products. They’re selling as much of this as they are standard smokeless tobacco.”

With a full set of nicotine pouch brands now available, the segment now lands in watch-and-see territory as some products succeed, others fall to poor sales and opportunity for new entries are limited.

As part of the highly regulated tobacco category, manufacturers have limited opportunity to introduce new products.

Specifically, any tobacco or nicotine product put on the market or modified after Feb. 15, 2007, must be reviewed by the FDA to determine whether it can stay on stores shelves. The deadline for manufacturers to submit subsequent equivalence (SE) and premarket tobacco applications (PMTAs) was Sept. 9.

For example, the FDA has already accepted and filed substantive PMTAs for 35 On products, according to Altria. Altria submitted more than 66,000 pages of documentation, including six primary studies, to the FDA, the company said.

“We believe the scientific evidence in these applications demonstrates that the marketing of On is appropriate for the protection of public health,” said Paige Magness, senior vice president of regulatory affairs for Altria Client Services. “On Nicotine Pouches are a key part of our vision to responsibly lead the transition of adult smokers to a non-combustible future.”

It’s now in the FDA’s court to undertake a substantial scientific review of the applications for Altria’s products and many others. In the meantime, the products can remain on the market.

What Are Nicotine Pouches?

Swedish Match brought the nicotine pouch segment to the United States in 2015. Like snus, the products first gained popularity in Europe, according to retailer Kraig Knudsen of Circle K. Typically sold in tin or plastic containers of 15 pouches, nicotine pouches do not contain tobacco, rather nicotine salt combined with food-grade ingredients, a significant differentiator from moist-snuff pouches. In the industry, they are often referred to as part of the modern oral nicotine category, or MON.

Nicotine pouches are non-spit products, Knudsen said, which adds to the draw of them and the reason they’re likely taking away sales from the moist-snuff category.

FDA to Begin Review of Altria’s On Nicotine Pouches