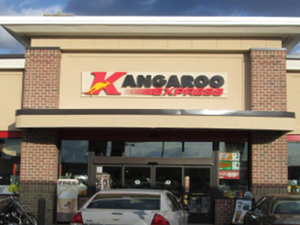 Pantry executives proudly stated advances in in-store merchandise sales, foodservice growth and a "lifestyles" strategic initiative during an earnings conference call with analysts on Tuesday, only to couch each success in the struggles the chain is having in these two key categories.

Overall, the Cary, N.C.-based company reported a net loss for the first quarter of $3.1 million.

"Our merchandise comparable-store sales increased 2.2%. All of our major categories inside the store except cigarettes showed positive comps vs. last year, with especially strong results in our foodservice program," said president and CEO Dennis Hatchell. "We are continuing to develop new offerings to offset the challenges we face in the cigarette portion of our business."

He added about fuel volumes, "We're not happy that our comps have declined. … Our goal is to work ourselves around to where we're at [the same] rate of loss or better [than the general market] so that we're not giving up market share."

The Pantry's merchandise gross profit increased $4.7 million or 3.3% from the first quarter of fiscal 2012 primarily due to margin improvement in services and proprietary foodservice. That, however, was "partially offset by margin pressure in the cigarette category as a result of competitive pricing," according to an earnings press release.

"When you exclude the negative comps in cigarettes, our comparable-store sales improved 4.6%," Hatchell said on the conference call.

Asked to expand on that, Hatchell added, "There are two things going on: We've had another price increase that's going to impact the sale of cigarettes, and how retailers handle the different promotional programs that the different cigarette companies offer. Everyone continues to try to figure out the best way to handle those."

"Our [cigarette] transactions are pretty consistent," added vice president and controller Berry Epley. "We've had a pretty consistent trend of 2% to 3% [decline], and it's been primarily in units. … But that's not outside of our expectations [at this point]."

On the fuel side, Epley reported, "Retail gallons sold for the quarter decreased by 4.8% in comparable stores. Our first-quarter retail gross margin per gallon was 11.4 cents, compared to 12.2 cents a year ago."

He added that "in the first few weeks of quarter two, we have seen continued margin and volume pressure due to rising wholesale fuel costs." That has led the company to anticipate 8- to 10-cent margins in its second-quarter guidance.

Again, the execs are falling back on initiatives such as foodservice, the lifestyle program and a soon-to-be-completed technology program to get things back on track. The rollout of the technology program, provided by Florham Park, N.J.-based KSS Fuels, is expected to be completed by the end of the second quarter of The Pantry's fiscal 2013.

"We're getting some really good information [in the test stores] that is allowing us to react to the market place," Hatchell said. "That's something we haven't been able to do before. There are a lot of changes going on in the marketplace between weather and competition and the price of fuel that it makes it hard to predict what our actual results are. But we're really pleased with the ability to respond to it."

Overall, Hatchell expects the recent initiatives to make up the difference on fuel volume and cigarette loss.

"We believe all our initiatives will provide us both growth and profit that will over time minimize the effect of the declining cigarette category and the impact of a volatile fuel market," he said.

The Pantry Caters to Various 'Lifestyles' in New Initiative