ATLANTA -- The Coca-Cola Co. has closed on previously disclosed agreements with two new bottling partners for the granting of new distribution territory. 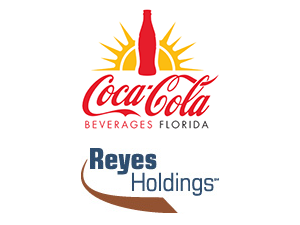 “As we have said, the Coca-Cola system should be a reflection of the communities where we operate and the consumers and customers that we serve,” said Sandy Douglas, president, Coca-Cola North America. “The announcement today with two of our newest bottling partners--Great Lakes Coca-Cola Distribution L.L.C. and Coca-Cola Beverages Florida--is further evidence of that commitment. As we continue to align our U.S. operations with highly capable partners in order to move our refranchising efforts forward, both bottlers will be instrumental as we implement a more agile, modern, customer-focused beverage partnership model.”

Reyes Holdings, Rosemont, Ill., is one of the largest global providers of food and beverage distribution services. Its operations span North, Central and South America, as well as Europe, the Middle East and Asia Pacific. Annually, the company delivers more than 800 million cases of beer and food products. Great Lakes Coca-Cola Distribution L.L.C. will dedicate all of the company’s sales and distribution activities to servicing Coca-Cola brands.

“Today marks a major milestone for Reyes Holdings, uniting our logistics competence with the world’s most iconic and refreshing brand,” said J. Christopher Reyes, founder and co-chairman of Reyes Holdings.

“As a new member of the Coca-Cola family, we look forward to continuing the company’s commitment to the communities, consumers and customers in the area,” said M. Jude Reyes, founder and co-chairman of Reyes Holdings.

Troy Taylor is the chairman and chief executive officer of Coca-Cola Beverages Florida, Tampa, Fla. With more than 20 years of business leadership experience, Taylor has significant experience in leading strategic initiatives and transactions for franchise-related businesses, including multiple Coca-Cola-related investments.

“I’m honored to establish a locally owned and operated bottling operation in the state of Florida,” Taylor. “Together with the Coca-Cola Co. we are committed to delivering excellent customer service, bringing moments of refreshment to our customers and building lasting partnerships with our community in the Sunshine State.”

Consistent with prior transactions, in the newly transitioned territories the Coca-Cola Co. and these bottlers will work collaboratively to implement key elements of an evolving U.S. operating model, including: