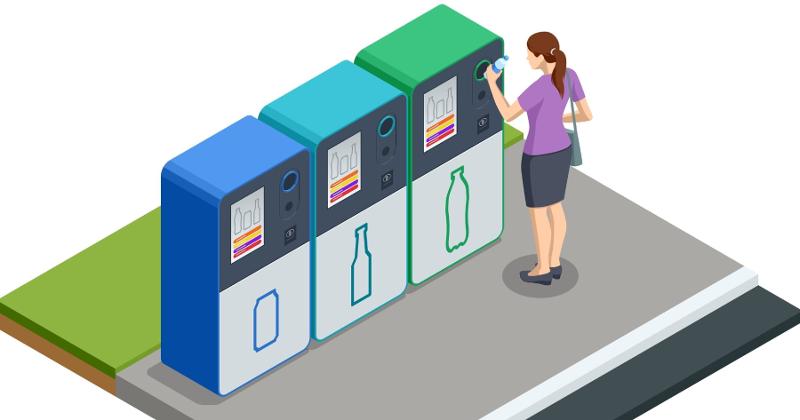 A Connecticut act aimed at boosting recycling and reducing litter expands the types of beverages sold by convenience stores and others that require a bottle deposit—and the subsequent handling fees they’ll receive.

“Retailers should be prepared to charge a deposit and to reimburse the public when it’s returned,” he said. Connecticut retailers also need to pay distributors the 5-cent deposit on these added beverages when they are delivered, he said.

The first part of the law, which took effect November 2021, raised the handling fee retailers received for doing their part in the recycling program, Noel said.

Beverage distributors paid retailers a handling fee for the service they provided to the public to accept containers for recycling, he said. Stores had received 1 cent for beer containers and 2 cents for all others. The act increased the rate to 2.5 cents for beer, hard seltzer and hard cider, and to 3.5 cents all the other beverages.

“This is to reimburse retailers for their time and cover their costs, storing containers before they’re picked up by the distributors,” Noel said.

Retailers also should be prepared to ask distributors for the handling fees on the beverage categories that now must be recycled, he said.

“Be sure you’re being compensated for the change,” Noel said. “It is the beverage distributors’ responsibility to pay the retailer more for the container redemptions.”

The third part of the act, which takes effect January 2024, will boost the deposit value of each beverage container from 5 cents to 10 cents, bringing it in line with the other 10-cent deposit states of Michigan and Oregon, Noel said.

The campaign is a partnership among the Connecticut Department of Energy and Environmental Protection (DEEP), the Connecticut Food Association, TOMRA and another Connecticut-based recycling company, Envipco, Naugatuck.

“TOMRA has partnered with Connecticut residents and retailers to redeem bottles and cans for recycling for the past 30 years,” said TOMRA North America CEO Andy Hollyer. “We have helped other states and countries achieve their waste and litter reduction goals as they have implemented deposit recycling programs, and it’s exciting to see our home state of Connecticut take a similar leadership role.”

Wine, liquor and dairy containers will continue to be excluded from the program.

Lula Convenience Teams Up With Passport