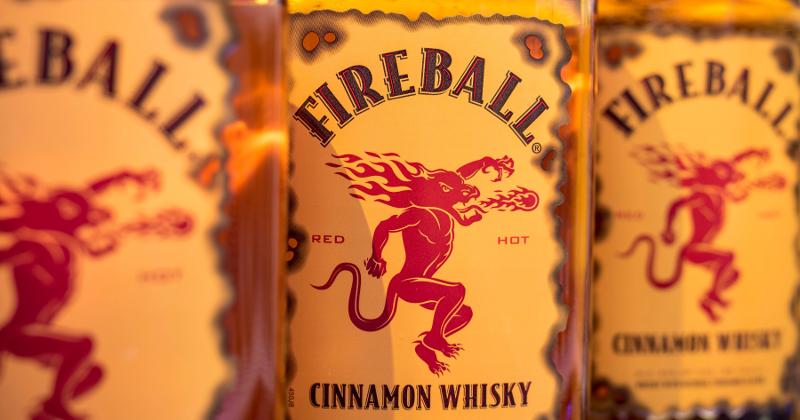 The spicy-hot Fireball Cinnamon Whisky sold in liquor stores is different than Fireball Cinnamon, sold in convenience stores, grocery stores and other locations not allowed to sell liquor, the Washington Post reported. Fireball Cinnamon, which comes in small bottles that sell for about a dollar, debuted in 2020 and is a malt beverage flavored to taste like whiskey.

The lawsuit filed against New Orleans-based Sazerac, which makes both versions of the beverage, claims the c-store version is misleading because the packaging is nearly identical to Fireball Cinnamon Whisky and reading the fine print is the only way to tell the difference, the newspaper said. “The label misleads consumers into believing it is or contains distilled spirits,” says the class-action lawsuit brought by Anna Marquez, who said she bought the small bottles assuming they contained whiskey.

Distilled spirits like whiskey are usually regulated more strictly than malt beverages, which are made by fermentation.

According to the report, the lawsuit objects to how the label for Fireball Cinnamon describes its ingredients: “Malt Beverage With Natural Whisky & Other Flavors and Carmel Color.” The lawsuit calls this a “clever turn of phrase” designed to trick consumers into thinking the beverage has whiskey, not just whiskey flavoring. Consumers “will think the product is a malt beverage with added (1) natural whisky and (2) other flavors,” the filing says.

The lawsuit claims Sazerac violated state consumer-fraud statutes. It aims to cover customers who bought Fireball Cinnamon in Alaska, Arizona, Arkansas, Idaho, Illinois, Iowa, Kansas, Mississippi, North Dakota, South Carolina, Utah or Wyoming, the Post said. Though the statutory and punitive damages are not specified, the amount would probably be more than $5 million, according to the filing.