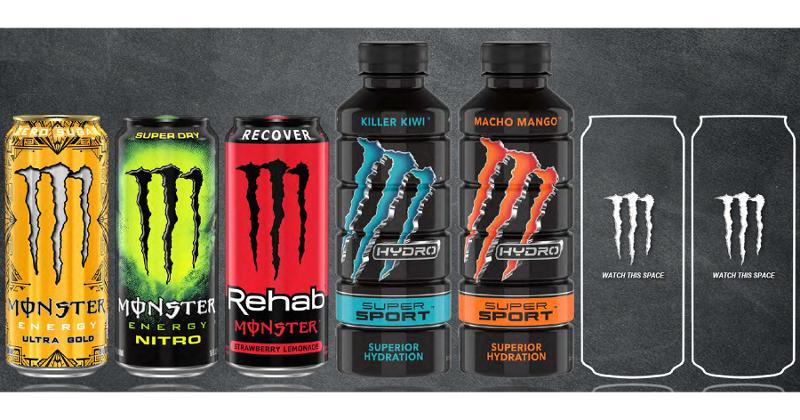 CORONA, Calif. —Monster Beverage Corp., maker of Monster Energy, has several new drinks and a 12-ounce can launch in convenience stores planned for 2021.

On a Jan. 14 investor meeting and business update call, CEO Rodney Sacks gave an update on innovation and announced that he and Hilton Schlosberg would serve as co-CEOs of the Corona, Calif.-based energy drink company.

Monster will gain incremental space of about a half-shelf across multiple c-store retailers with its new 12-ounce can release, Goldman Sachs Managing Director Bonnie Herzog said in a research note. This move has the potential to drive accelerating topline growth, as it is more likely to bring new users into the category and help Monster compete with Red Bull, she said.

While Monster did not announce a hard seltzer release as Goldman Sachs had expected, management said they expect to provide more details in February with its fourth-quarter results and did not want to discuss it prematurely.

There are several new products on the horizon for Monster, though.

The company expects to launch Monster Ultra Gold in January, and the Reign brand will have three new flavors: Cherry Limeade, White Gummy Bear and Inferno Watermelon Warlord. Sacks and Schlosberg also highlighted Monster Hydro Super Sport, which is made with functional ingredients like BCAAs, calcium, magnesium and caffeine.

It will also launch packaging redesigns on the Hydro and Rehab product lines.

As part of the management changes, Schlosberg resigned his positions of president, CFO, COO and secretary of the company. Thomas Kelly is replacing Schlosberg as CFO.

“For decades, Hilton has been my business partner in running the company,” said Sachs, who has been Monster’s CEO since 1990. “Hilton and I have operated as co-leaders of the company as it has grown over the years.”