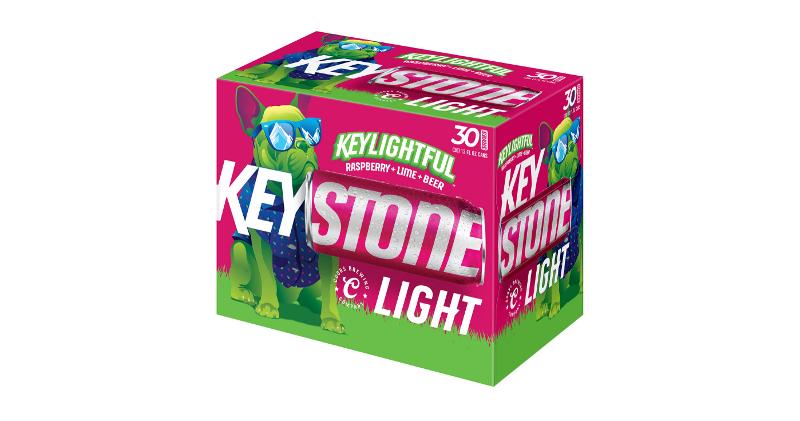 Keylightful is a raspberry-lime light beer that will launch March 1 in most states. It will come in 12- and 30-packs of 12-ounce cans.

The 4.1% ABV beer has 125 calories and will be packaged in pink and neon green packs that feature the brand’s mascot, French bulldog Lil’ Breezy Keezy, who will play a starring role in the brand’s marketing campaign, according to the company.

Keylightful gives drinkers an opportunity to enter the beer category at a low price point and is coordinating its launch with spring break season.

“Keylightful is fruit-forward and hits the palate with a burst of raspberry and lime flavors, but it’s refreshing because it finishes clean like a light beer,” said Josh Wexelbaum, director of economy brands for Molson Coors. “It’s perfect for daytime social occasions like beach and pool outings, tailgates and other outdoor celebrations, and can serve as an entree into the beer category for a group of legal-age drinkers who haven’t flocked to beer in the same numbers as the generations before them.”

The Keystone Light brand saw a decrease ( down 0.9%) in dollars sales in the 52 weeks ending Dec. 29, 2019, according to Chicago-based research firm IRI. In that same time period, its unit sales were down 3.1%.

Keylightful is expected to compete with Natural Light's Naturdays, which also coordinated its launch with spring break when it was introduced in spring 2019, according to Molson Coors. The light lager is brewed with a strawberry lemonade flavor.