BOULDER, Colo. -- The year 2012 will be an important test of the commercial viability of plug-in electric vehicles (PEVs). Chevrolet and Nissan ended 2010 with the launch of their first highway-capable, mass-market PEVs. Other automakers are working to electrify their lineups. Toyota plans to launch the PEV Prius in January 2012 and others have plans to launch models in the near future. But as public awareness of PEVs continues to build with the increase in model launch activity, a new survey from Pike Research found that consumer interest in purchasing PEVs has gradually declined over the past two years. 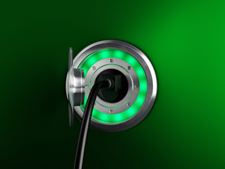 In late 2011, the cleantech market intelligence firm conducted the third annual edition of its Electric Vehicle Consumer Survey using a nationally representative and demographically balanced sample of 1,051 adults in the United States. In the first edition, conducted in 2009, 48% of respondents said that they would be "extremely" or "very" interested in purchasing a PEV. In 2010 that number declined moderately to 44% and in 2011 it fell further to 40%.

"About two-thirds of our survey respondents who stated they would not be interested in purchasing a PEV said that they felt such a vehicle would be too expensive," he added. "Others said that they would want to wait a few years until the technology is more proven, and almost half said that a PEV would not have sufficient driving range for their needs. These are all key issues, both real and perceived, that automakers will need to address if PEVs are to move successfully out of the early adopter phase."

Other key findings of the survey:

Pike Research's report, Electric Vehicle Consumer Survey, examines the dynamics of consumer demand for PEVs, fast residential charging outlets and workplace, public and private charge points. It includes a analysis of price sensitivity and optimal pricepoints for PEVs, as well as data related to typical consumer driving patterns that will affect demand for such vehicles and vehicle brand preferences.

Click here for an executive summary of the report.