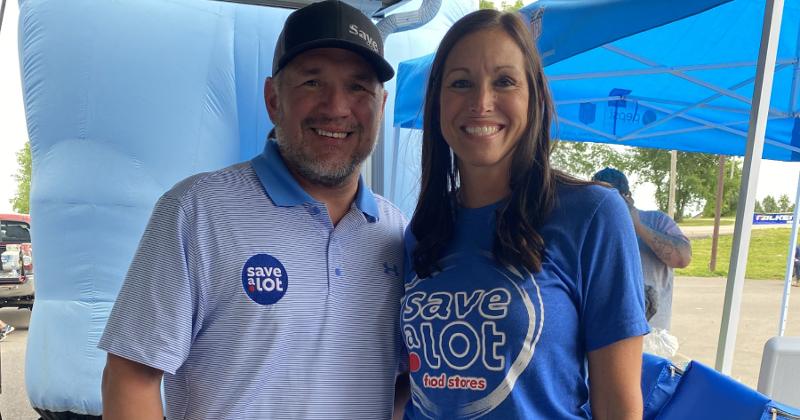 CALEDONIA, Mo. — It’s not inaccurate to say southeastern Missouri independent retailer Brad Juliette has been working in the lab this past year, concocting a retail formula that sees convenience and grocery joined at the hip.

Today, Juliette, owner of Caledonia, Mo.-based Juliette Property and Investment Inc., has a strategy to where his two Roy’s Convenience Stores and six Save-A-Lot grocery units form a synergy to nicely complement each other, providing back-and-forth incremental sales opportunities: Save-A-Lot merchandise in the c-stores, and for the first time in Save-A-Lot, tobacco, hunting and fishing accessories, swimming accessories and tractor fluid.

“We added CBD to grocery—a 3-foot CBD rack with Delta-8 varieties and CBD cookies,” said Juliette. “Save-A-Lots never sold tobacco, but now do. We’re selling lots of different stuff at grocery that was never sold before, and the same applies to convenience. It’s a hybrid retail approach.”

At Roy’s, the owner is excited for the future now that the blueprint has been cast.

Juliette has 160 total employees, with his wife, Kelly, is responsible for many day-to-day functions. He cites Kelly’s ability to deftly identify the employees that are a solid fit for Juliette Property and Investment.

Monthly, his Caledonia Roy’s location is up 15% in sales thanks to “having the ability to do a lot of new things. We added 8-feet of liquor and mixers,” which was enabled by its grocery wholesaler leverage. “We also added a 10-foot beer cave, craft beer door and hard seltzer rack inside the cooler—we added 100 new items of liquor alone in Caledonia,” he said.

Discretion, The Better Part of Valor

No doubt, Juliette has been in a fluid mode this past year with new ventures and developments.

He sold seven Roy’s c-stores in late 2021 and retained two Roy’s stores located in proximity to his home office. He announced plans to build a third Roy’s store but switched gears and put it on the selling block. He entered the grocery business by acquiring six midsized Save-A-Lot grocery stores.

Juliette had been in the process of building the third Roy’s c-store, in Elvins, Mo., as he was busy integrating Save-A-Lot stores into the network. He performed upfront heavy lifting to make the sale more attractive, such as acquiring coolers, freezers and fuel pumps.

But as Juliette assessed his bandwidth to run the overall retail network, he realized a third c-store lived outside his comfort zone. After mulling it over, he opted in early spring 2022 to sell the unit—still a work in process. He anticipates the sale to close by end of 2022.

“I assessed it and was not comfortable with the prospect of building and operating a third c-store. I retained the two stores closest to where I live and concentrated on operating grocery along with convenience,” he said.

It all adds up to a manageable game plan for Juliette who, at 47, wants to remain active in the industry for some time. He found it paramount to make sure that all the pieces were manageable.

“In addition to the Save-A-Lots and Roy’s, I have about 100 commercial rental properties, which include renting space to insurance and financial services companies, a probation officer, and others,” he said.

Juliette is pleased to find a niche where convenience and grocery competencies can meld together nicely. Not pigeonholed, the grocery format exudes a “convenience-like” feel, and c-stores feel a bit like grocery. He invested $50,000 to upgrade Save-A-Lot stores as part of a match program with the parent company.

“The way I see it, the lines are blurring between the two retail channels: Save-A-Lot might be ‘grocery,’ but these stores have a convenience element to them. My c-stores are ‘convenient grocery’ since we are able to offer the same prices as Walmart on many canned and shelf stable items, such as chili, soups and more,” he said.

Juliette added, “We can make money at grocery and money at Roy’s that we’d never have made before thanks to our cross-channel wholesale-distribution partners.”