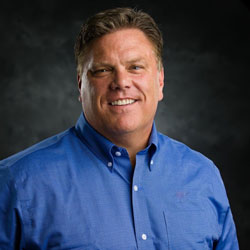 Rainey is taking over after the departure of Mark Hasting, who joined Kum & Go in 2012 from Starbucks and Target. He is now COO of MyEyeDr., Vienna, Va.

“My grandfather used to say, ‘People make the difference and the difference is Kum & Go people.’ Reed Rainey is a difference maker in retail,” said Kum & Go President Tanner Krause. “He has continuously excelled as a developer of teams and talent. Having someone as successful as Reed to lead our stores is a major win for our 5,000 Kum & Go associates across the country.”

Rainey previously was vice president of international operations for Domino’s Pizza, leading the Americas region to $1.3 billion in retail sales. Prior to his work at Domino’s, Rainey spent 23 years at Target, holding a variety of escalating leadership roles, including director of facilities management operations, senior director of construction, and lastly COO and CFO of Target Chefs Cooking Co. While at Target, Rainey oversaw operations, finance, accounting and warehouse functions for the company's Chefs internet retail subsidiary, and managed the company’s $3.5 billion new and remodel store program.

“I am excited and humbled to be joining the Kum & Go family. The team, culture and brand positioning are second to none and poised for material growth and continued innovation,” said Rainey. “My wife and I were also deeply impressed with Kum & Go’s philanthropic and civic-giving reputation.”

He has served on various nonprofit boards, including children’s hospitals and the American Heart Association.

Des Moines, Iowa-based Kum & Go has 400 stores in 11 mostly Midwestern states. It is No. 18 on CSP’s2019 Top 202 ranking of convenience-store chains by number of retail outlets.