Several years ago, IMST and Paragon Solutions were asked to team up to conduct a real-world exercise for the Society of Independent Gasoline Marketers of America (SIGMA). The exercise consisted of identifying one older-generation retail facility for two different retailers/marketers in two areas of the country. Our companies decided to name the experiment “Station Resuscitation” and off we went onto what became a two-year journey for two SIGMA member companies and for us. 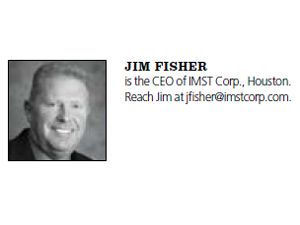 IMST was to analyze the potential of each chosen location, establish a level of increased sales volume potential, and recommend which specific actions were needed to realize (and benefit from) such enhanced levels of performance. Likewise, we had to establish the various levels of enhanced performance from a layered approach to strategic actions.

In other words, what improved performance levels could the store realize if a moderate remodel or upgrade were undertaken? What degree of increase could the store expect based on a significant remodel or upgrade? And finally, what would the results be in the wake of a total raze-and-rebuild? For each scenario, we calculated forecasted volumes so that the two companies could realistically evaluate what level of facility upgrade they could accomplish after we validated the results. 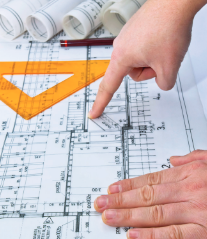 Over the course of the two-year exercise, Paragon and IMST gave presentations at general sessions of SIGMA meetings about the process. In the final segment, we focused on the retailers themselves, letting them describe the specific actions they took and the direct results of those actions.

Though quite challenging for all participants at many levels, the exercise proved quite worthwhile. Both stores advanced to competitive positions—after formerly being outdated and old—in their marketplaces, which was very satisfying for everyone involved. While the trade areas in which these two outlets operated might have been ripe for competition, the retailers were now viewed as significant competitors that would have to be dealt with if a new competitor were to enter the marketplace. The exercise set a heightened threshold of market entry, raised the operational bar and fed (very well) the golden goose. The egg had not only been laid, but there was also the possibility of many more eggs in the future.

I am amazed by the effect a rebirth of existing facilities can have on a marketplace, existing and potential customers, and a company itself. It is one of the very few actions that can so dramatically affect a company’s bottom line. It means analyzing existing assets and determining what actions to take to ensure future viability in a constantly evolving and changing marketplace.

The relatively simple action of reinvesting in the assets that got us here can provide the steam that gives us the power to move forward while hauling a heavier load and picking up speed. It’s always disheartening to witnessing once outstanding, transformational retail units that have sunk into insignificance. It is not simply about feeding the golden goose a nutritious diet—it is also about making sure the goose is constantly on a journey in the correct direction, always being mindful of the infinite swamps and life-sucking quicksand pits that threaten us along the way.

Innovation does not have to simply come from creating something new; it can also come from transforming the tired into the inspired. Do you have some outdated assets that are not properly serving your selected markets? Think about and remain cognizant of one simple fact that remains true: The concept never changes, but the marketplace always does.

Opinion: How Can You Be Out?