For Jack Kofdarali, coming from Lebanon at age 17 to start a new life in America was a life-changing milestone. More than 30 years ago, civil war in his home country stripped his family of their possessions, forcing them to start again with barely anything to their names. 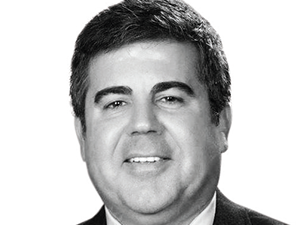 After a brief stint in Chicago, his father, Raymond; mother, Louisa; and younger brother, Robert, drove a caravan of two cars and a 17-foot U­Haul truck to Orange County, Calif.

They bought a tiny liquor and convenience store, which eventually led them to run their first gas station in 1990. By 2000, he and his wife, Taline, began J & T Management, Corona, Calif., building it from scratch into one of the largest ARCO ampm franchisees at 25 locations.

As Kofdarali takes the helm of NACS, we can expect a focus on the 67% of retailers who are independents—and with it a goal of elevating the industry as a whole.

Q: What kind of goals are you setting for yourself as NACS chair?

A: I hope to engage new Americans within our industry into the process and with NACS. We have to work at getting the public to understand the challenges facing single-store owners and operators who have beyond one store.

Q: What concerns do you have in mind?

A: As an industry, we’ve got to elevate our game. From gaining knowledge, to advocacy, to attending meetings and shows, I hope we can engage more retailers. I’ve learned so much from my peers. It’s made me a better operator. Every time I go to a meeting, I try to leave with at least one thing to bring back to my business.

Q: How did you get involved in NACS?

A: I used to attend the annual NACS Show. I’d take classes, but it wouldn’t go beyond that. Locally, though, I was very engaged for years, meeting with assembly people and council members. I was also the chair of the ampm franchise council.

Then a wholesaler colleague threw my name into the mix with NACS. Soon, Hank Armour, NACS’ CEO, came to visit me in Corona, and over time I got involved in several committees.

Q: Did you think it would lead to becoming chairman?

A: I wasn’t thinking about becoming chair. When people brought it up, I was flattered but said I had to wait and see. Could I be away from work that long? Then when the time came, I said I’d love to. I owed it to every immigrant out there, all those who rose through the ranks and made something of themselves in this industry. It’s an honorable position.

Q: What are the issues facing the industry going into 2016?

A: Certainly the big issues like credit cards—but for me, it’ll be about the small operator. I was told I’ll be the ­first immigrant to become NACS chairman.

We need to get more of those folks involved and engaged; and, at the same time, because of how some stores look, the perception of our industry is tainted. We get hit with the not-in-my-backyard problem, which affects us on a federal, state and local level.

Q: In what ways does that affect us?

A: We have to fight so many misconceptions. I love building [from the] ground up, but we encounter so many local and state restrictions. People believe that because we sell alcohol, our customers will drink and drive. We have restrictions on what hours we can sell.

Then on a health front, we’re fighting misconceptions in New York and California over soda and the sizes we can sell. Or the idea that our establishments will attract undesirable people. Yet it’s the same products being sold in supermarkets. It’s acceptable for them, but we don’t have the same image.

Q: What do you think you can bring to the table?

A: I can speak to what we’ve done. For my business, cleanliness is No. 1. We’ve spent money on training, hiring and even the look of our stores, putting granite stonework in our bathrooms, for instance. It’s the impression of being clean, sanitary. Our stores are spotless. Many of my staff have taken top honors in ARCO’s internal mystery shops. These are all priorities I learned from my involvement with NACS: organizing and motivating teams, a belief in what we’re doing, hiring friendly people who are happy to be there.

Stores aren’t successful because of any one thing. It’s a combination that starts with people doing what they’re supposed to be doing.