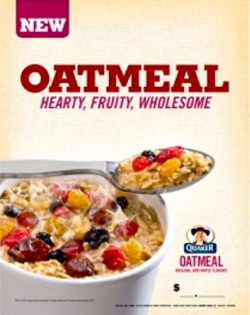 The Miami-based chain is broadening its offerings to attract more women and families as its core customers--Whopper-munching 16- to 34-year-old males--endure the highest unemployment of any cohort, Bloomberg reported.

The makeover at the second-largest U.S. burger chain risks going too far too fast, according to Joel Cohen, president of the Cohen Restaurant Marketing Group in Raleigh, N.C.

"It's a dramatic switch, so you're in danger of losing loyal customers who loved the original brand," he told the news outlet. When McDonald’s Corp. embraced a more upscale cafe vibe, it was "gradual and not as intrusive as the Burger King change."

Burger King has been revamping its strategy since 3G Capital Inc., a New York-based private equity firm, bought the chain for about $3.93 billion in October. Revenue declined 4.3% to $596 million and net income fell 13% to $42.8 million for the three months ended June 30.

"We're known as the best place for burgers; we're going to continue that," Steve Wiborg, executive vice president and president of Burger King North America, told Bloomberg. "But we also need to broaden our target."

Burger King rolled out oatmeal nationwide this past week. Smoothies and salads are now being tested in 100 stores. The new menu items follow by less than a year the debut of McDonald's fruit-and-maple oatmeal and mango-pineapple smoothies. Last year, Burger King introduced McDonald's-style breakfast fare, including pancake and sausage platters and flavored coffees.

"We've neglected mom, children and families," said David Ostrowe, who owns 10 Burger Kings in Oklahoma. The healthier items will help bring back "some of the families that we've lost to competitors," he said.