ATLANTA -- Amusingly enough, Joe Chiovera and Bart Stransky, who both presented at a NACS Show educational session on growing grab-and-go foodservice, showed up with similar PowerPoints--even though they had no idea what the other was going to say. That's because they both agree that a company must have a culture that commits to foodservice and that chasing volume, not margin, is the key to being successful in the category. 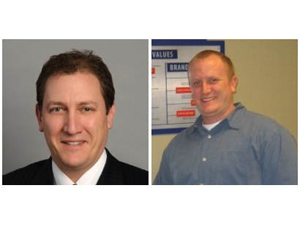 Chiovera, now with XS Foodservice Consulting, is an industry veteran (Circle K, 7-Eleven) who calls being successful in foodservice "a game changer"; however, you can't get there right away. He and Stransky stressed that the culture of foodservice is something that has to be built. Employees have to be trained, then trained again and trained a third time.

"You don't deserve to get to big margins [in foodservice] in two years," he said. Instead, you have to figure out what your market wants--such as seven core sandwiches and then maybe two regional favorites. "Don't outthink yourself." he said.

Price to sell units, not to increase margin, Chiovera said. You have to earn the right to grow sales. Start low and then bring it up once the customer is used to seeing your stores as a destination for fresh food.

Both stressed how critical it is that foodservice is part of a company's culture from the CEO all the way down to the cashiers. Stransky, executive director of food programs and offers for Atlanta-based RaceTrac Petroleum Inc., suggested hiring from the restaurant industry, getting folks who work in your stores who know how to serve to customers.

Stransky said his company's biggest hurdle when getting into foodservice was changing the perception of RaceTrac from a c-store that offered "cheap gas" to a place for "great food I can get on the go." To that end, the chain upgraded its logistics, going from twice-a-week delivery to stores to partnering with bakeries and commissaries on daily deliveries. It also has introduced a SwirlWorld frozen yogurt concept to more than 50 locations. The result: Since 2009, the company has grown sales and margins on fresh food 75% to 80%.

The two ran through critical points to consider with fresh foodservice:

Ultimately, along with training, distribution, culture and everything else necessary to succeed in foodservice, remember one thing, Chiovera said: "It's a marathon, not a sprint."

What's Next for Chiovera After Circle K & 7-Eleven?