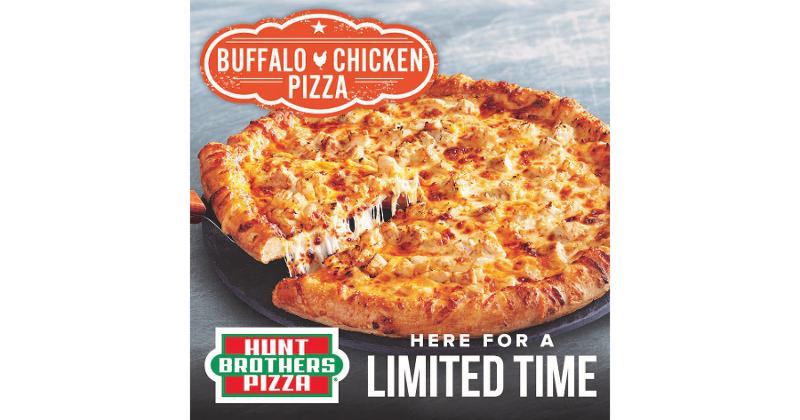 The pizza, which originally debuted in 2008, is made on Hunt Brothers Pizza’s original crust and is topped with a mixture of Buffalo wing sauce and ranch dressing, a blend of 100% natural part-skim mozzarella and Monterey jack cheeses, all-natural chicken breast and the company’s signature Just Rite Spice. It is available in large (12-inch) and Hunk A Pizza (3-inch) sizes and is ideal for both grab-and-go and made-to-order occasions, the company said.

This marks Hunt Brother’s Pizza’s 13th Buffalo Chicken Pizza LTO offer, the most of any of its products, the company said.

“As our most successful LTO to date, we’re excited for the return of Buffalo Chicken Pizza this winter,” said Dee Cleveland, director of marketing for Hunt Brothers Pizza. “Store partners and consumers ask about the return of Buffalo Chicken Pizza each year, and we’re anticipating that this LTO will continue to attract both new and returning consumers.”

Based in Nashville, Hunt Brothers Pizza offers grab-and-go, customizable thin-crust pizzas at more than 7,800 locations in 28 states. The family-owned company has served the convenience-store industry for nearly 30 years.