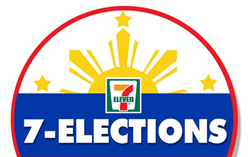 Coffee buyers at some 7-Eleven stores had a choice of cups: red for Romney or blue for Obama. Neutral cups for the discreet or undecided are being distributed, as well, according to a report in the Journal News.

The company calls the nationwide program, which is slowly rolling out across the country, 7-Election. The sale of coffee cups (tracked by barcode scans) has accurately predicted the last four presidential elections, according to the report.

“It can make for some lively conversations in the store, but no significant issues so far,” 7-Eleven spokesman Scott Drake told the newspaper. The company will launch its election page on 7-eleven.com in a few weeks so people can follow the tally.