Gasoline volumes have jumped by as much as 30% at a select number of Minnoco stores in Minnesota. The company introduced E15 or Unleaded Plus into the Twin Cities market in the fall of 2013 and currently has 34 sites offering the fuel. 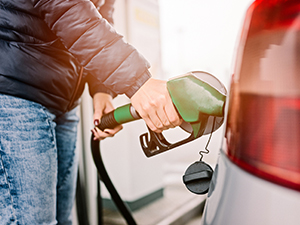 Making E15 available to their customers has led to a sales increase inside the store, says Lance Klatt, executive director of the Minnesota Service Station Association.

E15 is a federally approved fuel that contains 15% ethanol and 85% gasoline and is approved for 2001 and newer vehicles, which is equivalent to 9 out of 10 cars on the road today. The addition of ethanol, a biofuel, saves consumers up to 10 cents per gallon versus regular gasoline. It’s better for the environment than alternative fuels and can increase a vehicle’s performance because it’s burns cleaner and cooler.

This new fuel is catching on and is the most tested fuel in history. Eight hundred convenience stores sell it in 29 states. Because stores are carrying E15, customers are fueling up with it. More than 900 million consumer miles have been driven on this cleaner burning, higher octane fuel.

In metropolitan Atlanta, Protec Fuels has a store selling E15 that has seen the volume of the fuel it sells almost double from 45,000 gallons a month in the fall of 2014 to 85,000 gallons a month today. “It has been a complete success,” said COO Steve Walk. “And this does not include the fact that the inside foot traffic and store sales have increased at least 25%.”

Currently, Protec Fuels installs E15 at every new station build-out when possible and offers it at about 200 locations.

“Family Express customers like the idea of using a more renewable and environmentally friendly motor fuel,” Navarre said. “They feel a sense of pride knowing they are doing their part, not only to protect the country but also support the state and local economy.”

For the 27 Thorntons stations in the Chicago area that carry the fuel, it’s not only a case of offering choice to customers and protecting the environment, but also, “offering Unleaded15 sets Thorntons apart from the competition,” says Matt Nichols, project manager, biofuels.

Family Express advertises the price on marquee signs, in brochures and via pump toppers on each E15 pump. They have also had success in digital media promoting E15 locations on their website and mobile app, as well as via social media channels. Thorntons’ marketing has included a NASCAR sponsorship, loyalty program offers and special discount events.

“Thorntons has been very pleased with the guest response to the new fuel product,” Nichols said. “We have processed over 750,000 transactions for Unleaded15 without a single reported problem.”

E15 delivers excellent performance and competitive pricing opportunities, which is why a growing number of retailers are choosing to carry it as part of their fuel offerings. More than 1,200 retail sites are adding E15 and dispensing more than 4 billion gallons of fuel per year. As consumers continue to demand the fuel, retail availability should continue to increase.