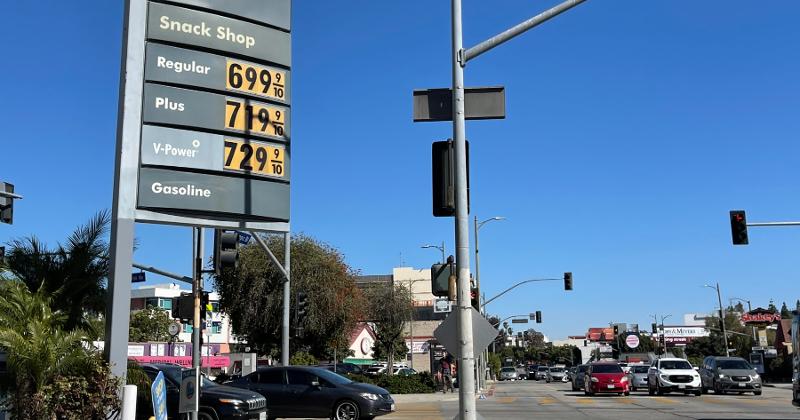 ALEXANDRIA, Va. — High gas prices are taking their toll on sales at convenience stores, with 59% of retailers saying their customer traffic has decreased in stores over the past three months, according to the results of a new survey released by NACS.

Convenience stores, which sell an estimated 80% of the fuel purchased in the United States, rely on in-store sales, not fuel sales, to drive profits. But high gas prices are hurting customer traffic in stores and basket size. Nearly half of all retailers (49%) also say that those customers coming inside the store are buying less compared to three months ago when gas prices were $1.50 a gallon lower.

In addition, retailers expressed concerns that elevated gas prices could also depress sales over the traditionally busy summer-drive season. More than half (53%) say they expect sales to be lower this summer than last summer, with only 25% anticipating increased sales.

Convenience retailers say they are looking to reduce expenses, chief among them credit card fees, which average more than 10 cents per gallon, and pass along savings to price-conscious customers. More than one in four (29%) of retailers surveyed say they are offering cash discounts at the pump, and 31% are offering discounts for those who pay by app.

Here’s what some convenience retailers are doing to provide more value to customers:

“Our belief has always been that your business must take advantage and embrace technology. Our customers love how we are ahead of the curve, technology wise,” said Jeff Armbruster of Armbruster Energy Store.

“Loyal customers want to be rewarded, and that’s our aim during this time of immense inflation,” said Dennis McCartney of Landhope Farms.

If there is some good news for retailers, it’s that consumers aren’t blaming them as much as they used to for higher prices, as 37% of retailers say consumers understand that higher gas prices are caused by factors outside of the retailers’ control, compared to 35% who say that consumers blame retailers for higher prices. The U.S. Energy Information Administration (EIA) reports that only 5% of the cost of gas in May (the latest data available) is because of “distribution and marketing,” which includes the retail markup on fuel. And only 25% of retailers say they have experienced higher levels of gas theft compared to a year ago.

“While sales and traffic have slowed as gas prices climbed, retailers continue to seek out innovative ways to provide value at the pump and inside the store to help their customers extend their paychecks and weather this period of inflated costs,” said Jeff Lenard, vice president of strategic industry initiatives for NACS.

The Q3 2022 NACS Pulse Survey was conducted in June by NACS Research. A total of 53 retailer member companies representing 3,023 stores participated in the survey. NACS Research conducts quarterly custom research with retailer members to identify key priorities and opportunities across the convenience and fuel retail landscape.

Founded in 1961 as the National Association of Convenience Stores, NACS is a global trade association dedicated to advancing convenience and fuel retailing, with more than 1,500 retailer and 1,500 supplier members from more than 50 countries. The U.S. convenience store industry, with more than 150,000 stores nationwide selling fuel, food and merchandise, serves 165 million customers daily and had sales of $548 billion in 2020.