CAMARILLO, Calif. -- The U.S. average retail price of regular grade gasoline slipped 0.35 cents per gallon over the past two weeks, to $2.7073, according to the most recent Lundberg Survey (www.lundbergsurvey.com) of approximately 2,500 U.S. gas stations. This almost "no-change" is a compression between two main battling trends, price hikes in the Midwest due to the BP Whiting, Ind., refinery's hobbled status and price cuts in the West as California's gasoline supply crunch has receded. 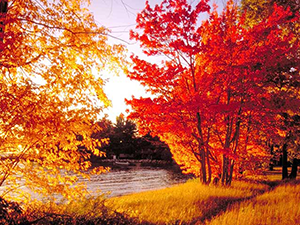 The average pump price has dropped about 16 cents over 10 weeks, and is 77 cents below its year-ago point.

Both downstream margins are aglow in late summer. These golden times will each likely prove to be fleeting as refiners share lower oil price bounty with wholesale gasoline buyers who in turn pass through benefits to consumers. Refiner margin on gasoline has been historically wide during several weeks of oil price drops. Retailer margin on gasoline, barely over 11 cents in early July, has more than tripled.

Short market: In Chicago, where retail regular grade price hikes averaged close to 68 cents per gallon over two weeks, to $3.47, margin on August 21 reached 61 cents, but is probably about to topple as rack prices fell as much as they had risen during the period.

Long market: In Los Angeles, site of the extreme price spike a few weeks ago and threw margin into the red, the retail price receded 13 cents to about $3.67 and the margin sits at close to 58 cents.

Meanwhile, Salt Lake City is afflicted with a negative average margin, six cents below breakeven, according to Lundberg Survey calculations. Baltimore, Memphis, Long Island and Charleston are among those with positive margin not worth much celebration; in markets like these, any upcoming wholesale price cuts should contribute to retailers' bottom lines.

Big pump price cuts seem to be looming. Unless there is a wild lurch up in crude oil prices, national average retail prices will probably plunge soon, because such bountiful refiner and retailer margins are poised to shrink some for sake of demand-happy consumers. Lower Reid vapor pressure (RVP) requirements are still weeks away, and lower gasoline prices are very likely well before those arrive, and long before gasoline demand takes a hit from the November 1 loss of Daylight Saving Time.

Already 2015 looks to be an all-time high record year for gasoline retailers on two fronts: consumer demand and margin. For motorists, healthy gasoline demand is good news on its face, and so far this year the retail price is 79 cents below 2014's full year price. This is an excellent combination for all except oil producers, who have to bite the bullet scrounging for cost cuts to lessen the pain of lower oil prices.