CAMARILLO, Calif. -- The national average price at the pump for regular-grade gasoline is now $2.0163 per gallon, according to the most recent Lundberg Survey of approximately 2,500 U.S. gas stations. It's up 17.44 cents from two weeks ago, after rising 7.33 cents during the prior two-week period. 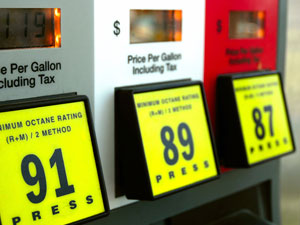 The total rise for retail gasoline is nearly 25 cents per gallon over four weeks, following crude oil's price rise over the same period nearly to the penny.

And these four weeks of price boosts do not even yet have the cost increases of making gasoline to "summer grade" specs, in most of the country.

Refiners must transition in April for the federal May 1 deadline for the wholesale market to have lower vapor pressure. The Environmental Protection Agency (EPA) regulations vary by month and by territory, but generally in April American refiners have to spend a bit more while getting a bit less of it to sell.

The bottom line is that by the June 1 retail market deadline for summer grade in most of the United States, a few more pennies per gallon will be accounted for within the price of gasoline.

Also supporting higher pump prices is that demand is rising seasonally and year on year.

Plus, retail margin is not so flush that it can live off the fat of the land for long. Any rack and dealer tankwagon price increases will probably hit retail pumps fairly quickly because the U.S. average retail margin just lost 4 cents per gallon. Margin on regular grade is a modest 12.91 cents as of March 18, its lowest point since mid-July of last year.

Even if oil prices do not climb higher near term, retail gasoline prices very likely will. Crude-oil prices are stronger in part because the U.S. dollar is weaker. If they surge substantially from here, the next few weeks will see more than a few pennies added at retail. If oil prices crash back down, then added gasoline costs from reducing vapor pressure and the price support from rising demand will still be there inside the price, just not visible to the naked eye. Because when crude oil cracks the whip, gasoline prices fall in line.