NEW YORK -- In a move that brings it closer to becoming a standalone company, Hess Retail Corp. has filed Form 10 paperwork with the U.S. Securities & Exchange Commission (SEC) to provide a preliminary information statement about the potential terms and conditions of a spinoff to the stockholders of its parent, Hess Corp. 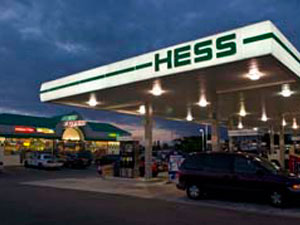 As reported in a 21st Century Smokes/CSP Daily News Flash, Hess also said that it has received a private letter ruling from the Internal Revenue Service (IRS) that will allow it to distribute the business to stockholders in a tax-free spinoff.

New York City-based Hess said in Feb. 2013 that it would divest various businesses, including its retail network, as part of a broad restructuring to exit the downstream business and transform itself into a pure-play exploration and production (E&P) company. At the time, it did not specify whether it would do so by selling the retail network or by spinning it off. It has already sold its oil terminal network, commercial fuels business and energy marketing (natural gas and electricity) businesses.

As part of the current announcement, Hess said that simultaneous with pursuing a spinoff of the retail network, that it will also solicit offers to purchase the entire retail business from potential buyers. Following receipt of any such offers, the Hess board will determine which alternative it believes best serves the long-term interests of stockholders.

According to speculation by industry analysts, possible suitors for the retail assets include B.J. Wholesale Club, Marathon Petroleum (Speedway) and Alimentation Couche-Tard Inc. (Circle K), among other companies.

In the SEC filing, Hess Retail laid out why Hess is separating its retail business from its other businesses. The Hess board said it believes the move will enable each company to pursue a more focused, industry-specific strategy; allocate resources and deploy capital in a manner consistent with its own priorities; receive more focused coverage from equity research analysts; provide current and prospective investors with a more targeted investment opportunity; and in the case of Hess Retail, use its equity for management compensation and as currency for acquisitions.

Hess will accomplish the separation of Hess Retail by transferring the assets and liabilities associated with Hess's retail business to Hess Retail. Hess will distribute to its stockholders 100% of the shares of Hess Retail's common stock. Following the distribution, Hess Retail will be a publicly traded company.

Hess is currently the sole stockholder of Hess Retail. Immediately after the distribution, Hess will not retain any shares of Hess Retail's common stock.

Hess Retail, incorporated in Delaware on Oct. 14, 2013, is the largest operator of convenience stores along the East Coast and the fifth largest in the United States by number of company operated sites. Its operations include the sale of motor fuel and convenience store offerings, such as fresh food offered in connection with the Good to Go brand, immediate consumption food and beverage products, tobacco products and alcoholic beverages. It primarily operates sites on the East Coast in densely populated areas with above average fuel margins and household incomes that are greater than the national average under the Hess, Hess Express and Wilco Travel Plaza brands.

Hess Will Acquire Rest of WilcoHess