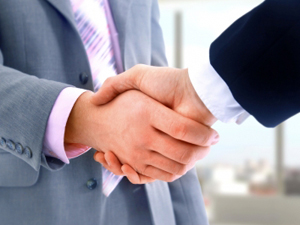 In fact, two blockbuster transactions were announced during the second quarter—Energy Transfer Partners’ acquisition of Susser Holdings Corp. and the acquisition of the retail convenience-store assets of Hess Corp. by Marathon Petroleum Corp.’s Speedway subsidiary.

Although a sale transaction involving the Hess retail network had been in the rumor mill for some time, most industry observers expected Hess Corp. to complete a spinoff of the retail assets to its shareholders. Not only was the Hess transaction unexpected, the sale price and rumored EBITDA multiple paid raised eyebrows throughout the industry.

It is difficult to determine the exact multiple that Marathon paid for the Hess assets, but industry analysts have speculated that the multiple was anywhere from 10x to 14x.  Regardless of the actual multiple that was paid, all sophisticated industry analysts concluded that the price and the multiple were “off the charts.” Marathon has indicated that it believes that the price was justified by the synergies that the company will be able to realize by the combined entity. Only time will tell if those predictions come true.

At the other end of the spectrum, the ETP acquisition of Susser Holdings caught everyone by surprise. Susser Holdings and its CEO Sam L. Susser are generally regarded as the “gold standard” in the industry. Although it did not appear that Susser was looking to be acquired, the offer from ETP, and the multiple that it represented (thought to be about 10x) was certainly difficult for Susser Holdings to turn down.

The price to be paid by ETP is a 40% premium to the stock price on the day the transaction was announced. In addition, as both companies stated in their press releases and other interviews, this combination of the ETP/Sunoco and Susser networks will significantly expand the footprint of ETP into the highly attractive Texas marketplace and create synergies between the two companies.

As companies continue to acquire large companies or portfolios of stores, the divestiture of noncore assets would seem to be an attractive strategy when a buyer must take all of a seller’s assets in an acquisition. It’s likely that this trend will continue in the future as the pace of large acquisitions continues to accelerate.

CONTINUED: A Breakdown of Major Deals

To the surprise of everyone in the convenience store industry, Energy Transfer Partners LP. Parent company of Sunoco, announced the purchase of Susser Holdings Corp. and its 630-store chain based in Corpus Christi, Texas, for a total consideration of $1.8 billion. Following the initial purchase of Susser Holdings, a series of drop-down transactions will occur whereby existing ETP and Susser Holdings retail business units will be sold to Susser Petroleum Partners LP. The company stated that this process will yield a centralized retail business combining both ETP’s Sunoco fuel brand and Susser’s Stripes convenience stores.

Shortly after the announcement of the Susser acquisition, ETP followed up with the disclosure that it had acquired 40 Tigermarket convenience stores from Tiger Management.  The stores were acquired through Sunoco subsidiary Southside Oil Co., which ETP acquired through its acquisition of Mid-Atlantic Convenience Stores in October of 2013.  Most Tigermarket stores are located in and around Nashville, Tenn.

Although it had been generally believed that Hess Corp. intended to spin off its retail assets to its shareholders based upon its public filings in January, Hess surprised the industry by announcing in May that it had entered into an agreement to sell the entire retail network to Marathon Petroleum Corp.’s Speedway LLC subsidiary for $2.87 billion. The transaction is anticipated to close at the end of the third quarter of this year. After the closing, Speedway will have 2,733 company-owned stores. This will make Speedway the largest company-owned and -operated convenience-store chain in the country based on revenue and the second-largest based on store count.

CST Brands Inc. announced that it was selling 100 gas stations and convenience stores in nine states, as well as 16 former gas stations and one parcel of land.  Most of the stores are located in Texas, Colorado, Arizona and California. Approximately half of the Texas sites are in the Dallas-Fort Worth area. In announcing the sale, the company indicated that it wanted to streamline its operations to focus on its core business strategy of building larger-format stores that can offer a wider array of enhanced product offerings. CST Brands engaged NRC Realty & Capital Advisors LLC to coordinate the sale of these locations.

7-Eleven Inc. announced that it was selling 75 gas stations and convenience stores in 16 states that did not fit the company’s current business model. Most of the stores are located in Florida, Virginia, Massachusetts and Illinois. Of the 75 locations, 22 are convenience stores with gasoline, while 53 do not sell fuel. 7-Eleven once again retained NRC Realty & Capital Advisors LLC to handle the sale.

Based on the large transactions announced during the second quarter, and the United Oil deal that was closed just after the end of the quarter, the year seems to be getting off to a good start in terms of merger-and-acquisition activity.

We are aware of a number of transactions—of all sizes—that are in the pipeline at the moment and should close this year. In addition, we are aware of some other divestitures of nonstrategic assets by major industry players that will be commenced shortly.

The access to capital by the larger players, the low-interest-rate environment and the tax-advantaged MLP structure all explain the incredible pace of acquisitions we are witnessing at present. There are no signs on the horizon that this trend is slowing any time soon; in fact, it may be picking up pace as companies attempt to complete transactions before the end of the year.

Furthermore, with the high multiples being paid for quality assets and companies, owners and operators who have previously not seriously considered selling their companies are now exploring their options.

The remainder of the year should prove interesting when we look back and see where things started in January and where they wind up in December. Stay tuned!