SCOTTSDALE, Ariz. --The pace of mergers and acquisitions in the convenience-store industry showed no signs of subsiding during the second quarter of 2015. Three very large transactions were announced or completed during the quarter. 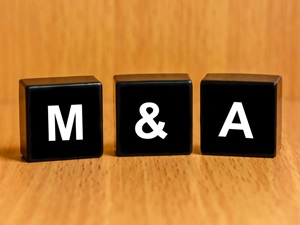 There were also many smaller transactions that were either announced or completed during the second quarter. The common themes throughout all of these transactions:

In May, 7-Eleven Inc. entered into an agreement to acquire Tedeschi Food Shops, a 92-year-old, family-run, traditional convenience-store chain. Tedeschi only sold fuel at 15 of its 182 locations, which are all located in the Northeast. The deal will more than double 7-Eleven’s footprint in greater Boston and New Hampshire, where it currently operates and franchises 164 convenience stores.

CrossAmerica Partners LP, with partner CST Brands, entered into a definitive agreement to acquire the One Stop convenience-store chain based in Charleston, West Virginia. The transaction includes 41 company-operated One Stop convenience stores, four commission-agent sites, nine dealer fuel-supply agreements and one freestanding franchised quick-service restaurant. Of the 45 company-operated and commission agent sites, 30 are owned in fee. Five of the company-operated locations have quick-service restaurants. For the year ended Dec. 31, 2014, the aggregate 54 sites sold approximately 36 million gallons of motor fuel primarily under the Marathon and Exxon fuel brands, and had approximately $40.5 million in inside sales.

Sunoco LP announced that it has acquired eight Pico convenience stores in south central Texas from Westex Capital Ltd. of Del Rio, Texas. Sunoco LP will lease the stores to Stripes LLC, the Corpus Christi, Texas-based retail chain owned by Sunoco LP’s parent, Energy Transfer Partners LP. Stripes will operate the stores and will purchase all of the fuel sold at the locations from Sunoco LP. Six of the eight sites are currently branded Valero. The stores are located in the San Antonio area. NRC Realty & Capital Advisors LLC, Chicago, served as exclusive financial advisor to Westex in connection with the transaction.

In another Texas transaction, Susser Petroleum Property Co. LLC has emerged as the lead bidder in an auction for the assets of Aziz Convenience Stores LLC in a chapter 11 bankruptcy proceeding pending in McAllen, Texas. The assets consist primarily of 28 Quick Stop gas stations and convenience stores in Hidalgo County, Texas. Potential bidders have until July 15 to submit a qualifying bid. The auction is scheduled for July 20.

Getty Realty Corp. announced the sale of six operating and non-operating gas stations and 27 commercial and retail properties in Connecticut, Maine, Massachusetts, New Hampshire, New York, Pennsylvania and Rhode Island. NRC Realty & Capital Advisors LLC was retained by Getty Realty to coordinate the sale. In June, the company announced that it had acquired the fee-simple interests in 77 convenience stores and gas stations acquired from affiliates of Pacific Convenience & Fuels LLC and simultaneously leased to United Oil Co., for approximately $214 million. The sites are located in several high-growth regions, including northern and southern California, Colorado, Nevada, Oregon and Washington. The properties, which were acquired in connection with the acquisition by United Oil of most of the assets of Pacific Convenience & Fuels, operate under several well-recognized brands, including 76, Conoco, Circle K, 7-Eleven and My Goods Market.

Although the second quarter of the year is usually relatively quiet in terms of merger-and-acquisition activity, 2015 certainly proved otherwise. If this is any indication of things to come, it should be a very exciting year.

With fuel margins and inside sales remaining extremely robust in most markets, operators are seeing very strong performances from their convenience-store portfolios. That can be a blessing and a curse.

Many operators are reluctant to sell right now because of the profits they are seeing at their stores. However, as we all know, this will not continue forever.

More importantly, the market has never been hotter for mergers and acquisitions. There is an incredible demand at present for quality companies and assets, and the multiples being paid for those assets has never been higher. Furthermore, interest rates continue at record lows, although there has been talk by the Fed of increased rates in the latter part of this year.

We are seeing a number of companies exploring their options at present. From our perspective, the timing to do this could not be better.

Dennis L. Ruben, executive managing director of NRC Realty & Capital Advisors LLC, contributes an annual and quarterly column to CSP, analyzing mergers and acquisitions and key economic trends in the convenience-store channel. He can be reached at dennis.ruben@nrc.com. He will also headline the Financial Outlook session at the 2015 Outlook Leadership Conference, Nov. 14-16 in Scottsdale, Ariz.